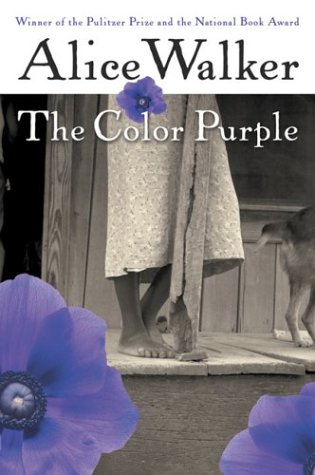 A. 1.Title
The Color Purple, Groningen, 1997, (BlackBirds nr.4)
The book has 229 pages
2.Mottto
Show me how to do like you
Show me how to do it.
-Stevie Wonder
3.Title explanation
The color purple stands for independence and liberation of one’s mind and feelings. It plays an important role in Celie’s and Shug’s life. When Celie can choose a dress for the first time in her life, she chooses a purple one. In her house Celie has a purple room. When Shug explains to Celie how important freedom is, she says: “I think it pisses God off if you walk by the color purple in a field somewhere and don’t notice it.”
B. Genre

It’s a historical/ psychological novel.
C.1. Theme
The theme of the book is to be honest to yourself in spite of difficulties and never let go of what you believe in. Do not let people make you think you are something that you’re not.
2. Motives
-Exploitation- The exploitation of women by men, blacks by white and the African culture by the western culture.
-Liberation- The liberation of women and men from their respective traditional rules, but within their own cultural context.
-Love-The love from Mr___ and Celie for Shug Avery
D. Short summary
The book starts on a farm down in the Southern United States at the beginning of the 20th century. Celie, a 14 year old girl lives there with her stepfather and her sister Nettie. She and her sister care a lot about each other. Celie (the eldest of the two sisters) has been raped by her father several times and she has two children by him. Both of the children have been taken away from her and she thinks her father killed them. Celie is not allowed to go to school, and as a result has a poor education. In the church there is a man who always looks at Nettie. His name is Mr.___. Mr.__ finally comes to the house of Celie and Nettie. He asks for Nettie’s hand. Father refuses it, but promises him a cow if he marries Celie. Mr.__ accepts the offer and marries Celie. He doesn’t love Celie, but his wife died and he wants a woman to keep the house for him and look after his four children. Mr__ continues the cycle of sexual and physical abuse which Celie had to deal with when she lived with her father. One day Celie and her husband are in town. When they walk into a shop Celie sees a little girl who looks just like her daughter. She begins to speak with the mother, the wife of a reverend.
Nettie runs away from home and comes to Celie. She stays with Celie and her family. But Celie’s husband tries to seduce her, so Nettie leaves, promising that she will write till her death. To Mr__ she says she is glad to go, but actually she hates to leave Celie. Celie never receives a letter from her sister and she doesn’t know if Nettie is alive or not. Therefore she goes on writing her lonely letters to God.

Harpo, Mr__’s son, decides he wants to marry a girl named Sofia. His father forbids him to get married, but he does it anyway and they are going to live on the land near Celie’s house. Sofia is a strong, confident and emancipated woman.
Mr__ is always talking and fantasising about a woman called Shug Avery. He loves her very much. Shug also means a lot to Celie, although she only knows her from a picture, she becomes an obsession for her. A little later Shug comes to visit Mr__. Celie is very excited that she will meet her, but when Shug arrives she is horrible because she is drunk. After a while Shug becomes very ill and Celie has to take care of her. This event is very important, because during this period Celie and Shug become good friends. They discuss many things together. They talk about  sex with Mr__ (Celie knows by this time his name is Albert). Celie hates the sex, but Shug likes it. Celie also says, “ He just do his business, get off, go to sleep.”

All the characters of the book have a relationship with each other. It makes the book interesting, but I found it very difficult. Many times I had to search and think about who that character was and what his relation was with that person. Another thing I don’t like about the book is that it was hard to get a good idea of what the characters look like, because A. Walker doesn’t describe the looks of the characters very well. At the end when Celie and Mr__ become friends I was very surprised, I didn’t expect that at all, I really like that part. But I also dislike the ending, It’s a bit too beautiful, it makes the end unrealistic. If I was the writer I would give the book a totally different ending. I wouldn’t bring Nettie and Shug back to Celie.
I think you should read this book, because you can learn a lot from it and it gives you a good impression of the situation in the Southern United States in the beginning of the 20th century. Despite that it took me a long time to read The Color Purple I really enjoyed reading it. 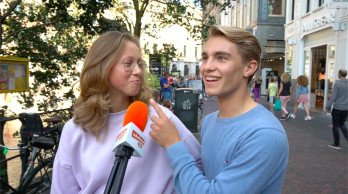 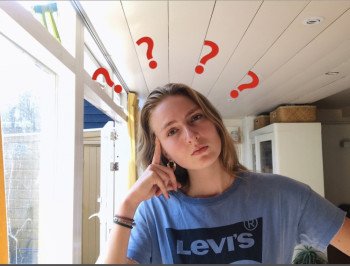 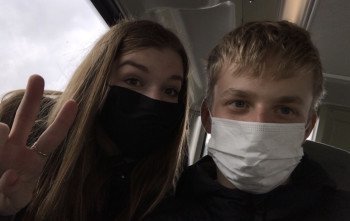 Thank you very much :D!!