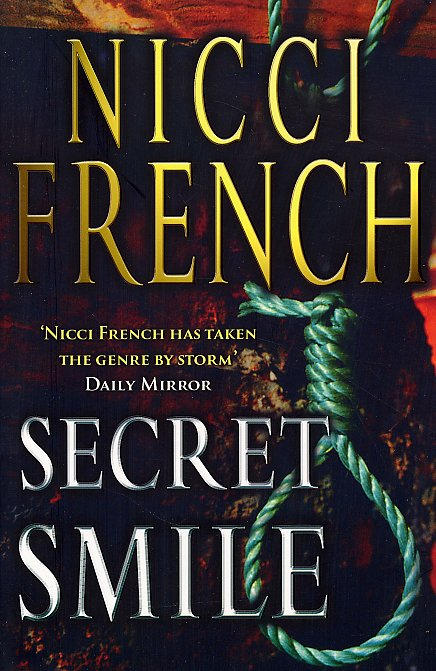 A woman called Miranda has had a brief relationship with Brendan. However, after he had read her diary, she broke up with him. Brendan starts a new relationship with Miranda’s sister, Kerry. During that relationship, Miranda’s brother commits suicide, at least, that’s what it looks like at first. But Miranda does not trust Brendan anymore, and she thinks that Brendan has murdered her brother, Troy. However, the police will not believe the story of Miranda.

In the morning before the wedding of Kerry and Brendan, he leaves Kerry. He starts another relationship with Laura, a very good friend of Miranda’s. A few weeks later, Laura is found dead in her bathtub. It seems suicide too, but Miranda is right again. Brendan has murdered her too.

Brendan leaves town. But Miranda is very curious, and wants to find Brendan, she wants the truth. That will be a long journey, but she finds him in the end. Brendan has a new girlfriend, and Miranda wants to keep in touch with her.

She wants no contact with Miranda. So Miranda writes a letter to her, in that letter she explains about Brendan, how he really is.

At the end of the story, Brendan confesses everything and Miranda has rest in her life again.

Miranda is the main character. Miranda is in her late twenties. She is very curious, and she will not give up. She wants to find the real Brendan. Miranda is not a family person. She does not have a good relationship with family members.

Miranda is a decorator. She lives alone, and is a bit withdrawn. It is hard for her to trust anyone. She does not have many friends, actually only Laura, but after a while she is not there anymore, because Brendan killed her.

Brendan is a man. He has the same age as Miranda. He is a bit mysterious. Brendan is playing a game with other people, only Miranda is not playing the game with him, she is too smart for him, in this respect.

As time passes, Brendan gets more and more mean to other people, if he does not trust someone anymore, he will kill them. But Miranda is doing very well at the end, because she is not afraid to get involved in a serious relationship.

A lot happens in the book in quite a short time. Brendan has a couple of brief relationships and two people will die.

The story is set in London, most time in Miranda’s house. The place does not have a big impact on the story. Everywhere Miranda comes, she gives a detailed description. So if you want to know what the place looks like, you can. Sometimes there is rain, sometimes the sun shines very beautifully. In the book a situation is sketched, like real life, sometimes things are going well, sometimes they are not.

The story is chronological, because there are no flash backs and flash forwards. Except for one moment, that is when Miranda has been kicked by a person, and she has a black eye and other injuries. You will read about the whole situation afterwards. First you will hear that she has injuries.

The story starts, when the brief relationship between Miranda and Brendan is going to break up.

After Troy is dead, Miranda writes a couple of letters to him. This is the last letter tot Troy for example. It is at the end of the story, when Brendan has just been convicted for murdering. Dearest Troy, I think to let you go now. I don’t know how I’ll manage without you, but I’m going to try. I’m sorry. (p.310)

The story is told in I-perspective. You will hear the story at the same time Miranda participates in it. But sometimes you don’t know what Miranda is up to, that is when she suspects Brendan. There is no evidence, so as a reader, you do not know why Miranda suspects Brendan. But after a while you will know. More and more evidence is coming.

I think that if the story were set up in a personal perspective, the story would have been very different. Because now you do not know how Brendan thinks about this story. Otherwise you would know why Brendan has killed people.

The title Secret Smile is about the laugh of Miranda. At a given moment, Miranda is in the bathtoom and Brendan comes in without asking to go to the toilet. Miranda is furious that Brendan comes to her, while she is taking a bath. This is a private area. Brendan says that what he has seen, no one else has seen the smile of Miranda. Brendan claims that this smile is only for him and seemingly this smile is secret. This observation is typical of the way Brendan distorts the truth about the relationship between Miranda and Brendan. Brendan is irritating her because he wants to exercise his power over her.

At this moment they are not having an affair. Brendan and Kerry are moving in with Miranda just for a couple of weeks, because their house is not yet finished.

There is no motto, but there is a dedication. The dedication says: To Patrick and Norma. I do not know who those two people are.

I do not think that there is a very deep intension in the book. It is a book for entertainment. But perhaps the writer wants to warn people. If you have a bad feeling about someone, you do not have to ignore that. For example with Miranda, her feeling for Brendan was right. He was not the most honest person in the world. You have to follow your own feelings, not just the things that other people say.

For me, the book was good, you really want to know what the truth is. But I didn’t always think the same things Miranda thought. For example when she has done everything to keep in contact with him, I would give up. However, it is very brave of Miranda to go forward and do everything to prove the truth about Brendan.

I would be very scared, if I knew someone who is a killer, and it was my boyfriend, I would feel guilty towards the people who are killed by Brendan.

You will never know how everything ends, because the story stops when Brendan goes to prison. I hope that Miranda will have a very calm life, a good relationship with her boyfriend.

The end of the story is happy. Everything goes well, Brendan is in prison and Miranda has a good relationship with her boyfriend. 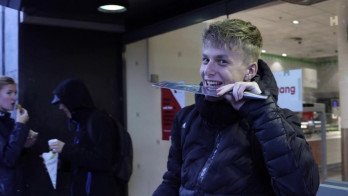 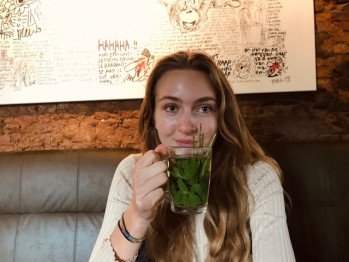 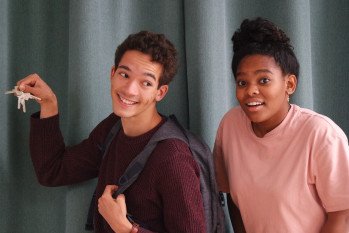