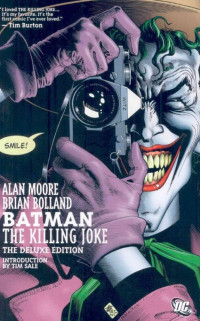 Guy is an actor and he lives alone, after his girlfriend Kate left him, in an apartment between Mrs. Atwood and Johnny Peters. One day, he enters a bar somewhere in England and he hears a joke about Selina Moore, who died lately. He is very angry and he asks the guy who told the joke where he has heard it. The guy gets angry as well and he hits Guy. After that, he goes to Sylvie. She is the only one who knows that Selina is Guy’s mother. His father wasn’t able to beget children, so his parents decided to adopt one. They adopt a child from Selina. She had a child from a secret affair, but she wasn’t able to raise that child, because her career was more important to her. Guy goes to the bar again to ask for the building men. The barman doesn’t know about them, but a woman does, and she tells Guy where he can find them. He finds the building men, but they don’t want to tell Guy where they heard the joke. He goes away and realizes that he will never find out where the joke comes from. Then, he meets the house owner. They talk with each other and apparently, the house owner told the building men the joke. He heard it from his dentist. The dentist heard it from someone on the golf club. He heard it from the receptionist, who is working there. She heard the joke from one of the scouts, Bob Galton.

Apparently, Rupert Liddy following Guy Fletcher. He has all the information about Guy. He knows also about his true mother, Selina Moore. Three men, an Englishman, an Irishman and a Scotsman enter his office and Liddy asks them to keep an eye on him, because he is dangerous. Guy is investigating them. They can’t kill Guy, because he has told people about his search. Liddy concludes that is time to use extreme measures to frighten him off.

When Guy is on the set and ready for his scene, the three men address him. They speak with admiration about him, but Guy feels there is something wrong. At the end of the conversation, they say “We’ll be watching you”. These words are messing with his head. When Mr. Watson, the director, calls “Action”, Guy drives the car right on Mr. Watson and he gets hurt. Guy was sent home. When he is at home and goes to the kitchen for a drink, the kitchen cupboard is open and he knows for sure that he has closed it that morning. In the living room, he sees more thinks that are not right, like some photo’s which are in a different position. When he rings someone, he hears an echo in the telephone, which means someone is recording his conversations. Now, he knows for sure that someone was in his house. He is going to search in his house for some stuff, but he doesn’t find anything. After that, he tries to forget it, but then, when he opens the fridge, he sees evidence that someone has been in his house. He sees footprints in the butter, which is part of a joke. He sees also a blind man on a bike, which is also part of a joke. He concludes that the jokes have come after him.

A few days later, the police knocks on the door. Johnny Peters, his upper neighbor, is missing. They want to ask him some questions about him. At the end of the conversation, they search in his house for some clues. They find Johnny Peters dead in the deep freeze with a belt around his neck. They bring Guy to the police car, but then he suddenly realize that ‘the three men’ have the control over him once he is in prison. Guy wrenches himself free and runs away. He is suspected for more murders. Apparently, more people he visited for the joke were found dead. Because this were all little people, he is called the ‘dwarf killer’. Guy goes to Martin’s house. He’s Kate’s new boyfriend. Martin lets him in, but later, he calls the police and Guy must get away.  He gets some cash from Kate and leaves. He goes to Sally, a nice girl he met on his search, because he doesn’t know where to go. Because Sally is not at home, he has to wait a long time. When she finally arrives, Guy sees the dog again, which was also at his house during his arrest. Now, he knows that there will happen something terrible again. He shouts at Sally to stop and don’t enter her house. Seconds later, her house explodes. Sally’s mother dies. Guy sees stereotypes everywhere: homosexuals, Jews etc. Guy and Sally run away, and therefore Guy falls in love with here. Guy and Sally understand each other. With Kate, this was a problem in their relation.

Sally Lockwood joins Guy’s search to the finder of the joke from now on. Guy explains Sally why the joke is so important to him; because Selina Moore was his mother.  Sally has heard the joke from her mother, who heard it from a salesman from the company Sphinx Appliances. They try to call it but they don’t get anyone on the telephone. But then Guy realizes: what company is going to call itself Sphinx? It’s completely stupid because half of the customers can’t pronounce it, let alone spell it. And there’s nobody on the telephone when you call them, so they don’t want people to contact them. They don’t want to be found. They only sell vacuum cleaners for a cover for what they really do; travel the country and the jokes go with them. Sally and Guy draw the trails which were followed by Guy on a map of Britain. Hopefully, the lines will cross each other in one point. That point is close to a small village. Sally and Guy travel to that village, but nobody has heard about Sphinx there, but Sally and Guy won’t give up. One day, Guy sees a car with the Englishman, the Irishman and the Scotsman therein. Now he knows that he is on the right place. Guy and Sally find out that there is also an island close to that village. You can come there by crossing the river, but someone tells them that is not possible. The next morning, Sally sees a van with chickens which drives towards the island. She thinks that it will come back in a minute, because the road ends at the river you can’t cross. But the van doesn’t return, which means that there is a way to the island and that the island is not as deserted as them is told, because, apparently, there are people who eat chicken.

That evening, Sally and Guy steal a boat and go to the island. They see a man at a building. When the man enters the building, Guy and Sally wait a minute and then they enter as well. There are a lot of people in a room, telling jokes to each other. But then, a few men with guns take Sally and Guy and bring them to cells on another floor of the building. Later, Liddy shows Guy around in the building. At the end, he and Sally are bound and put in a gas chamber. After they are gassed, they will be put on a boat and will be buried in the sea. Sally and Guy say goodbye to each other, but when they open their eyes later, they are on a boat, alive. Apparently, there was not enough gas in the chamber so they survived. They go to South-America and they have a great time together. The writer of the book realizes that he has forgotten several thinks. About Jean-Pierre, about Sally’s father etc. He decides to begin to tell the story all over again.