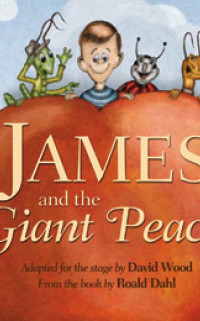 4/5. Describe the characters and their connection with the other characters.

James Henry Trotter was a boy who lived happily with his parents by the time he was 4 years old. Together they lived in a pretty house by the sea of the Southern part of England. But everything changed when all of a sudden an escaped rhinoceros ate both of James’ parents, when they were shopping in London. James had to live with his cruel aunts, Aunt Spiker and Aunt Sponge. The aunts abused James, he had to do all of the work and the aunts did nothing because they were too cruel and lazy to do it. And when James was finished, they would beat James for no reason and give him almost no food. James felt really lonely. He wanted to play games with children who were as old as himself. One day, when he was sitting nearby the fence. An old man appears and he seems to know about all of the problems of James, and he even seems to have the solution. The man got a bag with little green glowing things, which are crocodile tongues. He says that marvellous things will happen to the thing that will eat these crocodile tongues. So when James tries to get into the house     again, he falls down and the crocodile tongues fall as well, near the peach tree which has never given

any peaches. An enormous peach starts to grow from the tree, as big as a house. The aunts make money of it by showing it to the people in the surrounding areas and they keep James locked in the house. At night the aunts send James to collect the rubbish which the crowd (which came to have a look at the peach) had left. But instead he was very curious to know about the peach. When he walks around it he discovers a tunnel, which leads to the centre of the peach, where he meets unimaginably big insects, which had become very big because of the magic tongues. James was terrified when he saw them but very fast they became friends. The insects also like James, because they had been waiting for him so they could escape from the hill, the creepy aunts and the scary house. The Centipede breaks the stem of the peach and then they start rolling off the hill. They are very excited because they finally escaped. As they rolled through villages, houses and over aunt Sponge and Spike, they finally float into the Atlantic Ocean. All they could see was water, water and again water. But when they looked down they saw a group of sharks. The sharks were bouncing into the peach, and the insects were freaking out because they did not know what to do. They look at James hopefully. James looked down to the sharks, and when he looked up he saw seagulls. He had an idea but then he thinks it is impossible. But it’s the only thing they can do. So with the help of the Silkworm, Miss Spider was making strings as fast as she could, then James would tie the strings around the bodies of the seagulls and then he would tie the seagulls to the stem of the peach. When hundreds of seagulls were tied around the stem, the peach, including all of the inhabitants, was lifted up. They escaped from the sharks. Because the seagulls wanted to get away, they lifted the peach up higher and higher, until they reached quite weird looking clouds. They looked different than the regular ones. Then they discover the Cloud Men which are on the clouds. They were taller than humans, and they were all white. These men control the weather. They have hailstone and snow supplies, and they decide whether there’s sun or rain. When the Centipede was trying to make fun of them, they attacked the peach with hailstones. The hailstones damaged the peach, some parts broke off, which made the peach lighter, so the seagulls lifted it up and forward even more quickly. They crashed into an unfinished rainbow which the Cloud Men were painting. One Cloud Man almost reached the peach, but they escaped again. When the sun came up, James became really excited. He remembered he would go to New York City with his parents, but then they died. And now New York was right in front of him. The peach was not flying anymore, and James wondered: ‘Where was the Empire State Building?’. Well, they were right on top of it. With the help of the fire brigade the insects and James came down. James gets what he wanted: with hundreds of other children they play around the peach and he played with them. James and the insects were seen as heroes. James stayed in New York while the aunts were trying to get the peach back, put they did not succeed. The insects get all major functions in the world of humans.

They are some major differences. James felt really lonely at the start of the book, he really did not do anything that he liked and he lived with two of the most stupid people you

could probably live with, he wanted to explore the world  but the only place where he went was the scary house and the back garden which belonged to it. James now has a happy life in New York where he has lots of children who want to play with him because he got an amazing story to tell, and despite that he is just a nice person as well. Now he lived in New York and he still met his friends from the peach often. He has explored like almost half of the world now. The aunts first felt like they were the best because they let James do all of the nasty work, but they have seen that nobody liked them when they were trying to get the peach back. All of the insects were first living their lifes in the soil of the back garden of the house of Aunt Sponge and Aunt Spike, but now they transformed into creatures which were at least fifty times bigger, and they weren’t really important for the world but now they all have major functions.

The peach tree had never given any fruit, but because of the crocodile tongues it has given the amount of fruit at least twenty peach trees would have given.

8.       Write an imaginery interview with one of the minor characters.

Interviewer: What were you thinking when you saw the peach high up on top of the Empire State Building?

Fire man: Well, I actually could not think of anything realistic. I just really did not believe what I was seeing. I pinched myself several times but nothing changed. I was really wondering what that enormous orange thing could be. I came up with loads of impossible ideas. Later on, we came to know that it was a peach, which I thought was impossible as well.. I was flabbergasted! How could that be in the air, how could it land exactly on top of the Empire State Building and how could it be that big!

Interviewer: Have you ever been that high up in the air? What did you think of it?

Fire man: No, I dreamed of it, but I did not expect that it would happen this soon. It was amazing to be that high up in the air. It was almost 450 metres! Of course we had to get these people… Err.. Creatures down to the ground. But the air was very clear so we had an amazing view. So for a little while we had a look together.

Interviewer: You probably expected people to be on the peach when you were sent to rescue. What happened to you when you saw five insects and one little boy?

Fire man: Yes, it was very weird to get finally on top of the building and then see five enormous insects! I am happy I did not fell off the building. I first was a bit afraid but then I saw the little boy who looked quite calm. The insects started talking how happy they were to see the fire brigade so I got calm as well and I think it is pretty cool that I have talked to insects.

Interviewer: Would you prefer that this situation would have happened in another city?

Fire man: Well, maybe New York becomes a bit too busy at some times but I think it’s good for the city. We have another interesting monument, this happening goes into the history books.

Interviewer: What are the consequences for you?

Fire man: Firstly, I have an amazing story to tell and it was an amazing experience. Three newspapers have asked me to give a report of my experience. I have given several interviews and my job has gotten a lot more interesting.