1. The books name is The Da Vinci Code written by Dan Brown. I’ve read the eBook, it was 592 pages. But I searched it up, and the paper book has 464 pages.

2. The book is 99% non-fiction. All of the architecture, the art, the secret rituals, the history, all of that is true. But the Gnostic gospels. All of that is fiction. there's a Harvard symbologist named Robert Langdon, and some of his action are fiction. But the background is all true.

3. It took me about 2 months, because it is a very thick book.

Langdon, the novel’s protagonist, anchors the story. He is likable, capable, and goodhearted. Langdon is trustworthy, as is Sophie, his female counterpart and love interest. This trustworthiness makes him stand out in a narrative in which the author casts doubt on the motivations of every major character except Langdon and Sophie. In the novel’s many moments of uncertainty, Langdon’s presence is consistently reassuring. Although he is seen as a sex symbol in the academic world, Langdon is clumsy and inept with guns and weapons and lacks resolve when it comes to planning and executing action. He would rather think about codes and symbols than figure out how to escape the Louvre under the eyes of policemen. For this reason, he is balanced well by Sophie, who transforms his intellectual abilities into survival skills that are applicable to real life. Langdon, is the main character in this novel. He is likable, capable, and goodhearted. He is a good man who you can trust, as is Sophie, his female partner and love interest.

From Langdon and Teabing, Sophie learns that pagan religions and the Priory valued balance between male and female. Sophie and Langdon form the male and female halves of a single protagonist, and their goals never diverge. In this way, they echo Teabing’s and Langdon’s ideas about the partnership of Jesus and Mary Magdalene. In their view, the male and the female worked together toward a goal, without the female being subordinate to the male in any way.

Both Sophie and Langdon, like the Mona Lisa, exhibit male and female traits: for example, Langdon’s headiness is balanced by Sophie’s real world know-how. Sophie is quick-witted, agile, devious when she needs to be, and physically assertive, as when she helps to disable Silas in the chateau. But at the same time, she is caring and compassionate. She feels the loss of her family deeply and mourns the death of her grandfather. Both brilliant and sexually attractive, Sophie combines a masculine toughness with typically feminine qualities.

Teabing is became a good friend of Langdon and Neveu. He has a gorgeous house, as big as the white house. I would almost say. In that house he has a enormous, book-lined study. This is of interest for their investigation. Teabing is a wheathy man with regards. He was able to manage a flight to escape  Langdon and Neveu from the police.

Soon enough, though, Brown reveals that Teabing is a murderer. After his true identity is known, Teabing turns into a living example of the way wealth can corrupt. Teabing, who has always lived a privileged life, convinces himself that his money entitles him to the knowledge of the Grail’s location. His ballroom-turned-study, which at first seems charmingly cluttered, begins to look like the crazy lair of a serial killer. His jokes turn from entertaining to manipulative. And his habit of throwing money around, bribing people in order to ensure the group’s safe passage out of France, seems self-serving.

Teabing is willing to go to any lengths to get what he wants, no matter who he hurts along the way. In some sense, his desire to expose the truth about the Grail can be seen as noble. But by the end of the novel, it is clear that he is really out to satisfy his own perverse obsession, not to find truth.

5. Soon Langdon and Neveu find the keystone in a Swiss bank after they have solved the indications that Sauniere had given them. The keystone is a cryptex, designed by Leonardo Da Vinci. Now they have to solve the cryptex. For that they go to an old friend of Langdon, Leigh Teabing. He is a relious historian and his greatest passion is the Holy Grail. Together with Teabing they could open the cryptex. But after they have opened the cryptex, they find another second cryptex and not the expected way to the Grail. Langdon and Neveu have to open that to, but meanwhile the French police and members of the Opus Dei are chasing them. Eventually Langdon, Neveu and Teabing arrive in Londen and go to the Temple Church to find the solution of the second cryptex. They see that it has to be the wrong chruch and they get an unpleasant surprise. Langdon and Neveu are forced by the monk Silas and the employee of Teabing, to give them the cryptex because they have kidnapped Teabing. Langdon gives them the cryptex and they leave with the cryptex and Teabing. Langdon and Neveu realise that the one who has got the cryptex, also wants to know what the solution is. Langdon and Neveu go to the King’s College to search for the solution whit the entry’s they have. They find Westminster Abbey were they could find the solution for the cryptex. When they arrive at Westminster Abbey, they see a message left by the kidnapper that tells that they have to come to a special place in Westminster Abbey. Langdon and Neveu do what the message said and when they arrive at that place, they see Teabing standing there whit a revolver in his hand. He was the one who worked against them and he heard everything they said. Teabing has got the cryptex and forces Neveu and Langdon to tell the solution or else they get shot. Neveu doesn’t want that because her grandfather had chosen her to pass on the secret to the ones who are worth it and Teabing is not one of those. Langdon pretends that he cooperates and he gets the cryptex for a while to solve it. When Teabing thinks it is time for the solution, Langdon throws the cryptex into the air. Teabing fears that the cryptex will break and that the secret will be lost forever, so he throws his revolver en grasps to the cryptex. He misses en the cryptex falls on the floor. Then he sees Langdon and Neveu holding the contents of the cryptex and the revolver. Langdon had obtained the contents before he had throw it into the air. At that moment, the police arrives and arrests Teabing. Langdon and Neveu get the chance to discover the location of the Holy Grail. They end up for Rosslyn Chapel but they don’t know were to find the grail. Neveu remembers that she was here before with her grandfather. She goes to the house next to the chapel and against her expectations she sees her grandmother and brother. They were not dead as always told by her grandfather. It is an emotional reunion and the grandmother of Neveu seems to know were the holy grail has been hidden, because she also was an important member of the Priory. She explains it to Langdon and now he also understands why Sauniere wanted to have an appointment with him, in his new book he accidentally guessed were the Holy Grail is been hidden.


6. In the beginning it was very difficult to understand the story, because their is so much information you have to understand. And english is not my mother tongue, maybe this wasn’t the best choice. But when I didn’t understood a part, I red it again. And than I could continue the story. To be honest, sometimes if it really was too hard. I searched the summary per chapter up. This was neccisary, because when you don’t understand one part of the book, the rest will just be as blurry as the little part. I would recommand it to a friend though. But only if his/her english is better than mine . Maybe with the movie together. I saw the movie a couple years ago, I can remember it vagely. I was glad I rememberd some stuff, because otherwise it was of course to harsh to read. My favorite part of the book is were they fight fort he cryptex. It was such a intens part in this book. I forgotten the page number but is was near the end.

The Greatest Conspiracy of the Past 2000

Years is About to Unravel

An ingenious code hidden in the works of Leonardo da Vinci. A desperate race through the cathedrals and castles of Europe. An astonishing truth concealed for centuries . . . unveiled at last.

While in Paris, Harvard symbologist Robert Langdon is awakened by a phone call in the dead of the night. The elderly curator of the Louvre has been murdered inside the museum, his body covered in baffling symbols. As Langdon and gifted French cryptologist Sophie Neveu sort through the bizarre riddles, they are stunned to discover a trail of clues hidden in the works of Leonardo da Vinci—clues visible for all to see and yet ingeniously disguised by the painter.

Even more startling, the late curator was involved in the Priory of Sion, a secret society whose members included Sir Isaac Newton, Victor Hugo, and Da Vinci and he guarded a breathtaking historical secret. Unless Langdon and Neveu can decipher the labyrinthine puzzle, while avoiding the faceless adversary who shadows their every m ove. The explosive, ancient truth will be lost forever. 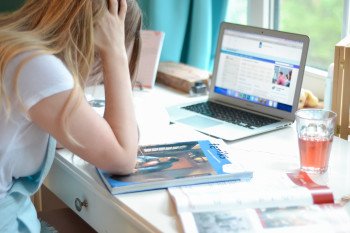 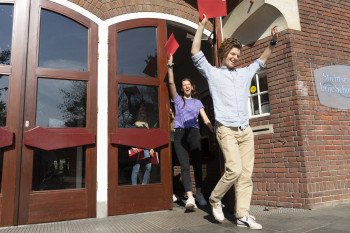