The dog is killed!

When Christopher, the main person of the book, is blamed for killing a dog, his carefully constructed world falls apart. He doesn’t know who to trust and doesn’t know where to go…

Christopher is the main person in the book. Christopher knows all the countries of the world and their capitals and every prime number up to 7057. He relates well to animals, but has no understanding of human emotions. He does try to understand the human emotions, by looking to emoticons. For example, a smile is when you are happy. Christopher doesn’t like to be touched. Once, Christopher got angry on a policeman, because he touched him. Christopher is autistic. Christopher likes routines, and he doesn’t want to have the furniture on other places then first.

There are a lot of metaphors in this book, Christopher doesn’t get metaphors because of his autism. Christopher’s father sometimes used metaphors. Christopher gave some examples into the book:

Then, at fifteen, Christopher’s carefully constructed world falls apart when he finds his neighbour’s dog, Wellington, murdered with a fork. Christopher is blamed. Christopher decides that he will track down the real killer and turned into his favourite character, the detective Sherlock Holmes. He started to write a detective novel about a dog killed in the night. In his research, he discovered some things about his parents’ marriage. His father read Christopher’s book, and Christopher promised he will stop writing in it, but Christopher broke his promise and kept writing in the book. Christopher never lies, and when he does, he always has reasons to, or has reasons why it is not lying. As he tries to deal with the crisis within his own family, we are drawn into the workings of Christopher’s mind. I like this part really much, because we are drawn into Christopher mind. First, the book was a bit boring, but after that we are drawn into Christopher’s mind, you only want to read further. One day Christopher’s dad found his book. His father lost his control and they had a fight. His dad hid the book. The next day Christopher started looking for his novel. He found it in a shirt box on top of his father’s closet. He discovered that his father lied to him. His father had always told him that his mother died of a heart attack. Under the book he found some letters from his mother. “It was quite difficult to read, but it said ‘…’ which meant that the letter was posted on 16th October 1997, which was 18 months after Mother had died.” I think the story takes a couple of weeks. I don’t know for sure, because he doesn’t talk a lot about days, weeks and months.

I think one of the themes is trust. Christopher never lies to his parents. Christopher’s father made a big mistake, he hid the information from Christopher that his mother had left them because he wanted to 'protect' his son. Christopher was a bit in shock and Christopher’s trust for his father broke. He doesn’t like talking with strangers, because he doesn’t trust them and they are “hard to understand”.

Everyone communicates every day. We use face-to-face conversations, phone calls, e-mails, WhatsApp, etc, to share information, feelings or ideas with friends, family, etc. Sometimes communication is hindered by language, development disorders, or other barriers. Communication is very important in the daily life. For autistic people, it is difficult to communicate with other people. I think communication is one of the themes in The Curious Incident of the Dog in the Night-Time. Because Christopher is autistic and has problems with communicating. He has difficulty’s with recognizing facial expressions, like eyebrow-raising. Christopher doesn’t like to meet strangers. He says they’re “hard to understand”. He does not like it when he can’t understand strangers, for example, he doesn’t like going to France, “because if you went into a shop or restaurant or on a beach you couldn’t understand what anyone was saying, which was frightening”.

I felt pretty excited when I was reading this story, because it is written so good. It is really difficult to empathize so well in another person, but Mark Haddon did. When you read this book, you start thinking about other persons. He called other people weird or stupid, because they don’t observe. Christopher can’t see emotions from other people, and before I read this book I couldn’t imagine that. I just learned a lot about having autism and thinking about the world on a different way. I also learned that autistic people aren’t as weird or crazy as most people think. I think this is the message of the book, that it is about what happens in the brain or thoughts from autistic people. I like it that Christopher is explaining a lot of things, like prime numbers or other mathematical subjects. The chapters in the book are only in prime numbers too, so 2, 3, 5, 7, 11, 13, 17, 19, etc.

Christopher character changed a bit during the book. First Christopher did not want to go far from house alone, he always stayed in the street. And only went to the shop in his street. After Christopher did not trust his father anymore, because his father lied to him, he walked away to London. After that, he knew he could go further from house, alone, then he first thought. He knew that he doesn’t have to be that scared for strangers than he was, but he still is scared for them. I especially liked the end of the book. Christopher did solved the mystery of the dead dog and went to London by himself. He wrote a book too. Christopher is going to do level A maths, he and his father speak to each other and his father bought a dog for him, called Sandy. And his mother has a house in Swinton too, so he can see her whenever he wants to. Christopher took his A-level math exams and scores an A. All those reasons are arguments why Christopher believes that he is able to do everything he wants to. One of those things is to become an astronaut, the future Christopher always dreamed off. 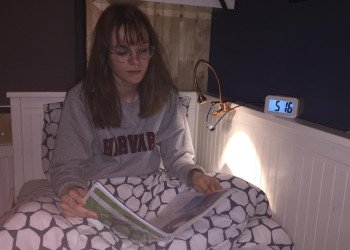 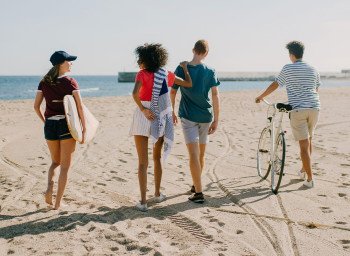