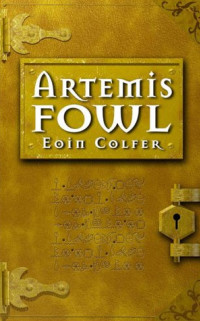 For this book report, I had to answer questions about the book. I know it's not a standard report but I thought it might be useful anyways. First the questions, then the answers.

For this report, you could be marked insufficient, sufficient and good. I got a good.

1.Who wrote the book and when, where and by whom was the book published? Please write this down using the following example:

Ø B. Write a short summary of about 150 words

1.What is the theme of the book?

2.Who are the main characters?

3.Are the main characters the same at the end of the book as they were in the beginning? (Do they have a different opinion, have they grown wiser?) Explain your answer.

4.Where is the story situated: in the countryside, in a big town or in a village? Why do you think so? What words are used that make you think that?

5.Are the people in the story rich, poor, or neither rich nor poor? Why do you think so? What words are used in the book that show this?

6.When does the story take place? How do you know?

at is the literary form of the book? (novel, play, short story)

3.From what point of view has the book been written?

1.What did you think of the book? Was it nice, boring, or fascinating?

2.Explain your answer; use some 50 words.

3.Which part of the book did you like, or dislike, most?

a.Retell this part briefly in your own words

b.Indicate where in the book we can find this passage (give page number(s))

c.Explain why you liked or disliked this passage; use some 50 words.

4.Mention the two characters from the book that you found the most interesting. Did you like him / her? Explain why; use some 50 words for each character.

Artemis Fowl is a 12-year-old genius who wants to get fairy gold. He is helped by Butler. In order to get this gold, he kidnaps a fairy, Holly Short. They stop the time for 8 hours. Artemis is always one step ahead of the People because he has a translated copy of their Holy book. The only way to get Short back is by paying a ransom of one tonne of 24 carat gold.

Julius Root negotiates with Artemis, sends an LEP retrieval team and he even sends a criminal dwarf inside. Eventually, since the time stop is almost over, the Fairy Council tells commander Cudgeon to send a troll inside. Meanwhile, Short has regained her powers. Butler can defeat the troll because Holly’s healed his wounds. The Council decides that there is nothing else they can do so they pay the ransom and Short is freed. The LEP officers send in a biological bomb to make sure the Mud People are dead. However, Artemis is too smart and finds a way to survive.


C3)         No, I think some of them have changed throughout the book. Artemis, for example, was in the beginning very greedy, arrogant and certain of himself. In the end, he finally sees that his plan had almost failed due to his arrogance. He is even willing to give away a part of the ransom to help his mother.

C4)         I think he lives in the countryside because it seems to be very quiet and they are able to put a time field on just one house. The house Artemis lives in is probably big because you hear them talk about a lot of rooms and a big hallway. They also talked about an intercom that is linked to speakers all over the house, which wouldn’t be needed in a small house.

C5)         Artemis is definitely rich; otherwise he wouldn’t have been able to afford all his equipment. He has a room full of computers and several rooms with other expensive equipment. His house is also very luxurious. He is called ‘obscenely rich’ by Mulch Diggums.

I think the LEP officers are neither rich nor poor because you never hear them talk about money. Sometimes Root talks about lowering salaries but I think they have an average income. The LEPrecon is probably quite rich because they can afford all this new technology.

E2)          I don’t like the genre fantasy very much. There were too much weird creatures in it for me. This book couldn’t be real at all, because of all this creatures and the Fowl-family. It was also a lot about technology which I don’t like and don’t understand at all.

E3a)       Butler is mad at Artemis because he drugged him and his little sister. Butler believes that Artemis had almost killed them. Artemis has to explain himself and then he tells he thought he had figured out how to escape the time stop. Butler is still not convinced and asks why they had to be drugged. Butler is certain that the fairies will come back tonight but Artemis assures him that they won’t come back.

E3c)        Because Butler was angry at Artemis and since I did not like Artemis I thought that was quite nice. I also liked that Butler was so protective of his sister. In my opinion, the Santa Claus-theory was well thought of, too.

E4)          Artemis Fowl. I didn’t like him very much because he was selfish and often too certain of himself. What I did like about him was his way of thinking. It was different from most 12-year-olds. He had his own opinion, which is also a good thing.

Juliet Butler. She didn’t have a big part in the book, though she did have quite some influence on the plot. I liked her innocence and her ignorance of the fairies. However, she was clever, it was just that Artemis didn’t tell her about the fairies. I thought Artemis and his mother used her as their slave too much.