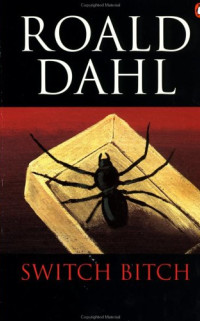 The book was quite easy to read because the writer didn’t use a lot of difficult words and the stories were mainly chronological. It was very easy to understand and in spite of the lack of difficult descriptions, the stories were very funny. The reason must be the fact that the stories were written in an very thrilling style. Every situation was discribed very slowly with a lot of details which arroused a great deal of tension. Because everything was described in great detail it was also easier to imagine (o.s.) in the situation. The book is written in a very humouristic and entertaining style!

Because there are four different stories in this book the characters aren’t all connected with each other. But they do have an interrelationship in a certain way because the characters are all, especially the men, very sexually oriented. They are all quiete ordinary people at first sight, but they end up in very odd, bizarre situations. The Visitor and Bitch are about the same character, named Oswold. He was businessman who travelled a lot. He didn’t seem to care much about his family because they haven’t heard from him for years. His special gift is that he can seduce women with his eyes. The great Switcheroo is about two friends, Jerry and Vic who trade wives for a night. They are flat characters and are both overtaken by the desire of having sex with each others wives. The last Act is about Anna, who is very depressed because her husband died in a car accident. She’s very unstable and tried to commit suicide various times.

The most important theme in this book is obviously sex, but it’s presented in a bizarre humouristic way. Subthemes are adultery, death and love. It was amusing to read how such ordinary people can end up in such unusual situations. Even though the most important theme is sex, death also comes back in every story. In the Visitor, Oswold might have had sex with a leprosy patient, in Bitch Henri dies of a heart attack and in The Last Act Anna loses her husband and tries to kill herself.
Anyway, Roald Dahl did a good job writing a book about this subject and keeping it original. The concept of sex is shown in a different light which made the book very refreshing.

As I already indicated, two of the four stories, The Visitor and Bitch are about the same character: Oswold. In the story he is already dead but his nephew get’s a box of his diaries and reads through his experiences. In the Visitor, Oswold is in Cairo when a rich Arab offers him to spend the night at his place because Oswold’s fan-belt is in pieces. That night a woman comes into Oswolds room, he has sex with her and thinks it’s the beautiful wife or daughter of the Arab. The day after he finds out it could also have been the Arab’s other daughter who has leprosy. Bitch is about Henri and Oswold who develope a parfum. If you spray it on a woman every man wants to have sex with her. Henri eventually dies of his bad heart condition when he has sex with his assistent and Oswold rapes the first lady when he sprayed the perfume on her in her living room. The Great Switcheroo is about two men who switch their ‘bitches’ for one night. The both lust after each others wives so they decide to swap wives without the wives knowing it. The morning after, Vincent’s wife tells him she thought last night was the best sex ever! The Last Act is about Anna who last her husband in a car accident. At first she becomes very depressed but when she get’s a job at an office she stars feeling better. Then, she meets an old boyfriend again, named Conrad, who she has sex with. When she wants to stop and he goes on she starts screaming and he leaves. She probably kills herselve at the end, but that isn’t clear.