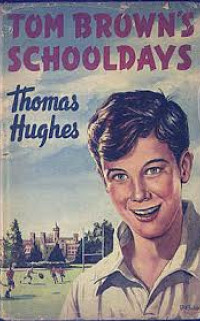 Titel:
Tom Browns schoolday’s.
Tom goes first to a new school. In this movie you can see how used to be at a school for boys

When doe the story take place?
The story took place in about 1940.


Where does the story take place?
It takes place at a school in London. Where exactly is not told.


Flashman
1) He is about 20 years. He has black curly hair en he has brown eyes. He is a bully.

2) In the film he crawls into the skin from Flashman and he is a bully. His father is an important man for the school, so the headmaster can’t send him from school.

3) Flashman develops as follows: Tom goes to a new school, that school is also Flashman’s. So they counteract each other. Flashman's role begins there.

What is the point of view?
The story is not told by a particular person, it just takes off. They just talk to each other.


Explain the theme.
The theme is actually a little bullying in the Middle Ages, Because they sit at a school for boys, there is often bullied a lot. It's actually a drama.

My opinion:
1) 1) I found the piece that George Arthur arrived at the new school exciting. Tom was then commissioned by the headmaster for George Arthur and ensure that he would not be bullied. Arthur was get bullied but Tom grabbed just in time. Arthur was thrown into a pit by Flashman and subject immersed. Then came Tom and he got together with Harry East Arthur from the well. I found it very brave of the two that they are so against many others said that they had to keep!

2) You must see this film because he's really impressive. It is also fun to see how it looked earlier on a school.