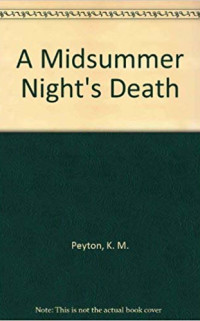 Meld je aan!
The book is about a jong boy named Jonathan Meredith. He is the main character in this book. Jonathan is a student at the school named Meddington. When Mr Robinson, a teacher of Meddington, is founded dead at a river shore, the police comes to investigate it. When they search the houseboat (the place where he lived), they found a letter which says; “I think this is the best way to end it.” Because of this letter the police thinks he commited suicide. But after a while Jonathan hears from his roommate Ashworth that another teacher, Charles Hugo, had not seen him for some time. But Jonathan did see him that night, talking to Mr Robinson. From that moment the Ashworth thought that Hugo murdered Mr Robinson. He tries to convince Jonathan than he is the murderer because Ashworth got the blame for the suicide cause he upsetted Mr Robinson in his lest lesson. First Jonathan wouldn’t listen cause of everybody hated Mr Robinson and everybody liked Hugo. When Ashworth gets his exercise-book back from Mrs Robinson he sees that the last page of his book is missing. He looks at the remark at the bottem of the first-last page and it says something like it went on to long. Thats why he says to Jonathan that on the next page probably stood the line what everybody thought to be the suicide letter. Cause of this Jonathan decides to talk to Hugo about it. Because he done that Hugo now knows that Jonathan thinks he killed Mr Robinson. But he doesn’t knows Jonathans friend knows it to. When Jonathan tells Hugo that Ashworth is planning to tell it all to the head of the school (because Jonathan liked Hugo he wouldn’t tell it himself) Hugo finally decides to tell Jonathan the truth and leaves the school. Jonathan promises to Hugo nobody will ever know what happend, So he gives Ashworth his watch if he promises never talk about it again. First he won’t take it but when Jonathan tells him nobody would believe him cause everybody thinks it was suicide he gives up. At the end in the vacation Jonathan reeds the paper and sees Hugo died when climbing a mountain.