Animal is a fairy tale, the most caracters are animals. But at a deeper level the Anamalism in the book is compared with the communism in the Sovjet Union.

The writer, George Orwell sais his book is not against Russia, its a warning against the corruption of power, all over the world.

The owner of manor farm, Farmer Jones is a bad farmer: he is always drunk and treats his animals badly. One of the old pigs, Major tries to convince the animals that a rebellion is the only way to change their miserable situation. He tries to convince them by teaching them te song beasts of England, a kind of battle-song about animals in a liberated country.

After Major has died the other pigs keep the idea of a rebellion alive among the other animals.

One day farmer Jones and his man again have not bothered to feed the animals.

The animals then decide to take the law in their own hands and break into the shed with food and chase all the men off the farm.

The pigs have the initiative, they change the name of the farm into animal farm.

On the wall they paint in white the seven commendments:

1. Whatever goes upon two legs is an enemy.

2. Whatever goes upon four legs, or has wings, is a friend.

3. No animal shall wear clothes.

4. No animal shall sleep in a bed

6. No animal shall kill any other animal.

7. All animals are equal.

The animals take over the farm and are happy to work very hard.

But only for eachother, not for a human master.

Farmer Jones and his men plan to take back the animal farm.

They attack the animals but they bravely fight back, and the men leave.

The two pigs who are in charge of the rebellion, Snowball and Napoleon, seem to disagree

Always when decisions must be made.

When Snowball suggests to build a windmill Napoleon is against it.

When the animals tend to take Snowballs side, Napoleon sets a number dogs on Snowball, who is forced to leave the farm.

Because all animals are scared of his dogs, Napoleon now has complete power over Animal farm.

The animals are working harder than ever, the windmill is built after all,

Napoleon pretends the windmill was his idea from the very start.

The pigs start negotiations with farmers in the area to trade goods.

The pigs move into the farmhouse, eat off the table and sleep in the beds.

They change the seven commendments in such a way that evrything they do seems to be legal.

Napoleon turned into a dictator and tells the animals that the foodproduction has increased under his regime. Although they have less to eat than ever.

After another attack by the farmers and a brave defence by the animals, the new windmill is blown up and many animals die.

During the next winter the animals still have very little to eat,

Mainly because the pigs sell all the good food or keep it for hemselves.

They even drink whiskey

A number of yaers go by and much animals died by starving or executing.

Only the pigs and their dogs live in luxury.

The other animals still have to work too hard and get too little to eat.

They don’t complain however, because they realize they live on the only farm in England which is run by animals.

One day all animals are shocked when they see the pigs wearing clothes and walking on their hind legs. The slogan four legs good, two legs bad

Is changed in For legs good, two legs better . by the pigs

The seven commendments are totaly removed from the wall.

To the horror of all the animals the pigs give a party for all the farmers in the area.

They seemed to have a very good time with eachother and in the party speech Napoleon declared that their farm will be given its old name manor farm back.

In the last scene of the book the animals stand outside the farmhouse, lookin trough the window and they can no longer see the diffrence between the farmers and the pigs. 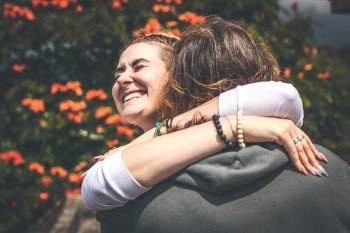 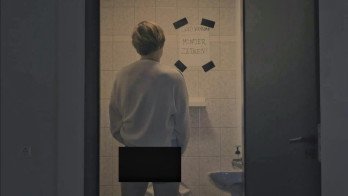 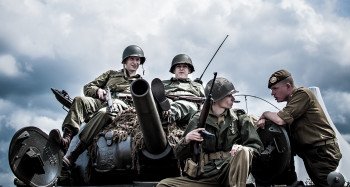