A kestrel for a knave door Barry Hines 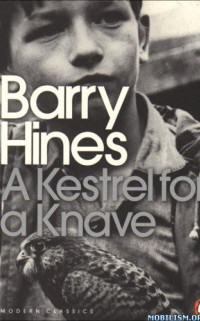 He goes to the cinema with his father. He thinks that he sees himself on the screen. They have a very nice night an Billy was very happy. When they came back, his mother and his uncle were laying on the sofa. It was a big shock. Billy has to go upstairs and he heard a lot of very angry words. He heard his dad come upstairs, he sees him in the door-post with his suitcase. He walks away. Billy never saw him again.
In April he is out of school and he is working in the mines. He buries his hawk in a field.
End of story