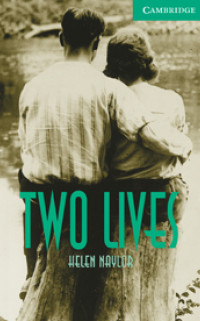 Megan Jenkins: she organised tours since the mines were closed, but she’s engaged with Paul.
Beth Jenkins: the daughter of Huw and Megan, but Huw doesn’t know that.


Summary:
Part 1:
The story starts in the little mining town Tredonald.
Huw and Megan are good friends, but when they get older they actually love eachother.
They must keep this secret because otherwise Mr. Jenkins will forbid it because he want the best future for his daughter, and someone whose poor and has a drunk and jobless father isn’t really a good future. One day, Huw asks Megan to go and see a movie in a nearby city. When they are there, they can walk hand in hand and it’s a relief to be free and to show the world that they love each other. When they’re heading back, Huw gives Megan a present; it’s a silver necklace. When Huw’s back home, he hears from his dad that the mine has collapsed, while his brother was working in there. Then, on a day, Megan asks Huw to come over to her place that evening because her parents are a night away. When they in the house they make love. A few weeks later Huw’s father decides to leave to Canada.

After 50 years Mr. Jenkins died and Megan found out that he was holding back all of Huw’s letters. So she decides to write to Huw a letter to explain what had happen and to tell him he’s got a daughter named Beth, and to invite him to Tredonald. When he decides to go to Tredonald, he calls her when he’s nearly there and they make an appointment in his hotel.
They have lots to talk about, and he also talks to Beth some days later, which tells him Megan’s getting married with Paul. When he talks to Megan she confirmed it. Later on they go to the mine Huw tells Megan that he loves her, but she don’t believe him. After a dinner at Megan’s with Paul and Beth Huw decides to leave. When he got out the hotel, there’s Megan, and she said she still loves him and she want to go with him back to Canada and be his wife.

Title explanation:
The book is called Two Lives, because Huw and Megan have both two different lives and lifestyles but they’ll give it up for each other. I think that the title fits the book.

Keuze opdracht:
Huw’s Diary:
Dear diary,
Today it was a very busy day.
After breakfast I had to go to my work.
I think I’ve mined a lot more coal than usual, because the thought to go out with Megan inspired me a lot.
When I was done mining I went straight home and after eating some of the little food we had, and took a nap (dad wasn’t home, he was probably in the pub).
When I was awake it was almost time to pick Megan up from her house.
I quick checked if the bracelet was nice shining and the thought of how she thought of it was made me go mad.
When I came at her house she was already waiting, and we walked to the bus together over the sand road.
Once we arrived it was eight o’clock, almost too late for the movie.
During the movie we sat hand in hand next to each other.
When the movie ended we went into one of the many local bars.
While we were drinking a coke, I gave her the present, and when I looked at her while she was unwrapping it I thought that she was the most beautiful woman I’d ever seen.
Then we must go home because the last bus almost went away, but I could have sat wit her for hours.
When I came home after I walked Megan home and said goodbye, I found my father crying out loud.
I calmed him down and asked what was going on, and he said my brother was in the mine when it collapsed.

Opinion:
I think the book is pretty boring, because it’s a theme about two people who hadn’t seen each other for a long time but their love brings them together, and i think that’s boring.