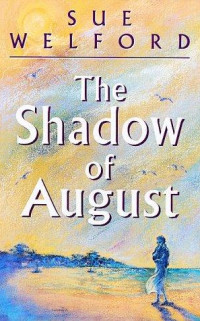 Samenvatting:
Mattie’s mother had died from cancer. After her mother’s death she starts to discover a lot of things about her mother, things she did not know before. She finds out, that she has a house in Porthland, wich belung to her parents once. Mattie and her boyfriend, Bram, go to vistit the hirers of the house. They are very curious. The people now living in the house, still had an old box of letters from Mattie’s grandparents. When Mattie started to read the letters, one strange letter appears. It contains her date of birth and the fact that Mattie’s mother ran away with a guy she met on a fair. So, if Mattie’s mother just met this guy, she could not be pregnant. It is not possible to hide a nine month pregnancy.

So Mattie goes the docter for information, there she finds out that her mother really was not pregnant, because on that one day, the day when Mattie was born, her mother was having her periods. She keeps on searching and she finds out that her Birthcertificate has disappeared. Mattie goes back to Porthland to find out the truth. But she fails. Bram followed Mattie to Porthland and he has some shocking news: Sixteen years ago, that is how old really Mattie is, a baby with the same characterisations as Mattie was stolen by a family.


The family of the stolen baby still mourns every august about Sarah, that is Mattie’s real name. This is like a shadow over the month August for that familt. (The book’s title.) Her real mother thinks she can see Mattie sometimes. Mattie has these weird views too, she keeps seeing two people who are standing in front of her, doing this Peek-a-poo thing, something you normally do when seeing a baby.

At first Mattie could not believe that her “mother” would do somting like that, but Bram thinks it is true. When Mattie goes to the local newspaper of Porthland, she finds a photograph in a file telling about the missing baby. The people she sees all the time are on that photograph. She decides to visit the people on the photograph. When she is home again she finds a bracelet with something written on it. As she looks closer she sees it says Sarah. Now she knows everything she was searching for. The answers are there. Finally. When she is driving to her real parents she suddenly feels like she is driving home.