Samantha Laschen, a doctor specializing in post-traumatic stress disorder, had moved to the Essex coast with her small daughter, Elsie, to escape the problems of her London life. Or so she thinks.

Fiona Mackenzie barely survived the savage, murderous attack which left her parents dead. Now she is in need of sanctuary and the police see Sam as the ideal person to of…

Samantha Laschen, a doctor specializing in post-traumatic stress disorder, had moved to the Essex coast with her small daughter, Elsie, to escape the problems of her London life. O…

Samantha Laschen, a doctor specializing in post-traumatic stress disorder, had moved to the Essex coast with her small daughter, Elsie, to escape the problems of her London life. Or so she thinks.

Fiona Mackenzie barely survived the savage, murderous attack which left her parents dead. Now she is in need of sanctuary and the police see Sam as the ideal person to offer her a safe house. Already overburdened with the demands of a new job and her mercurial lover Danny, Sam reluctantly agrees to take her in. But as Fiona makes her way into the hearts of her hosts, Sam discovers that the risks she has foreseen are nothing to the terrifying danger she actually faces. 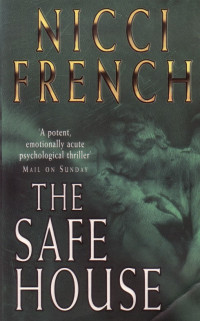 Summary: It all started in a little village in England called Stamford, in which a lot of rich people lived with their families. One of those rich families was family Mackenzie. Father Leo and mother Liz had one child, named Fiona. She was 19 years old and her nickname was Finn. On a dreadful morning, Leo and Liz were found dead by the cleaning woman. Their throat had been cut and there was blood all over the place. The cleaning lady, Mrs Ferrer found Fiona in her room upstairs. Her throat had also been cut, but she was still alive. The police took her to a hospital and the doctors spotted that she had a trauma. She allowed nobody to visit her, except for her family doctor, Doctor Michael Daley.

Fiona was the only witness in this slaughtercase and she was still in danger, because it looked like the murderer didn’t expect that Fiona survived the attack. Maybe he or she planned coming back to finish the job. That’s why she had been taken to Sam Laschen. She was a professional in helping people who had post-traumatic affections. Initially Sam saw nothing in the intention to let Fiona live with her, because she just moved from London to Stamford to realize her dream: live in a remote house away from Londons crowd. She had a little daughter Elsie, who asked for a lot of attention and she had problems with her relationship with Danny, her boyfriend from London. Expecially Danny said that taking care of a adolescent with a trauma was a call for problems. Although, Sam agreed with the plan and Finn was going to live with her. After a inflexible time in the beginning, Sam and Fiona became good friends, but the contact between Sam and Danny had become more stubborn. Danny wasn’t pleased because Sam spent more time with Fiona than with him. When he discovered that Elsie could be in danger because of Fiona’s possible murderers coming back, he absolutely didn’t want to be involved. Sam had been really upset about this and it caused a lot of trouble between the familymebers. Sam also thought that Danny was more into Finn than into her, she asked it Danny several times, but he denied it. Danny left Stamford without a note.

Leo Mackenzie, Fiona’s father, owned a company that made medicines. A lot of people detested him because they experimented on animals and tested their new products on them. That’s why the police thought that the murder had been committed by activists who struggle for animal rights first. Later on they found out that one of the murderers was Michael Daley, the family doctor. The motive was Mr. Mackenzies fortune. They find out that the real Finn had been “murdered” just before the murder on her parents. When Sam heard that, she knew that there was something wrong, because Finn wouldn’t be able to stay alive with a cutten throat for a few days. It had been furfilled that 'Finn', who had to play Mackenzies daughter, was the confederate in the murdercase. Daley needed Finn’s name to write it in a testament, in which Mr. Mackenzie gave al his money to him. The real Finn would never do that, so he needed someone else to play her. Daley kept the real Finn’s body in his boathouse. Before Sam discovered this collusion, also Danny and Mrs. Ferrer had been murdered. Mrs. Ferrer because she wanted to see Finn again before she went to her own country again (she had no reason to stay in England without a job and the family McKenzie). Michael thought that that would be too risky, so he killed Mrs. Ferrer and made it look like suicide. Danny was just at the wrong time at the wrong place. Danny just walked into the room when ‘Finn’ was packing her bags and Michael was with her. He had to leave a note on which was written that he had left with Finn, because they couldn’t live without eachother. There was a note from Finn too, telling Sam that she didn't want to hurt her, but that they had to do it. These were not true. Danny was forced to write the note by Michael, and Finn was just his assistant. Michael and Finn took Danny to the boathouse too, there he was murdered (gunshot) and Michael went to a foreign country. ‘Finn’ took Danny’s car, drove it to a open place near the road, and put the corpses inside (Finn and Danny). Then she burned down the car. That made it look like Danny and Finn committed suicide, because they felt sorry for Sam running off together. The doctors tested Danny and Finn, but because it was the real Finn’s body, they found nothing controversial.

Sam was now someone who knowed that the real Finn had been murdered by Michael, and that Michael was after the McKenzie fortune. She already thought about there being two Finns, but she was not sure. She went to the hospital and asked for Fionas file. Than she tested a painting, made by Elsie, on which was ‘Finn’s’ blood. They had two differend bloodtypes. Because of that, she knew that ‘Finn’ was still alive, and that she was the one that had burned down the car, because Michael wasn’t nearby at that moment. Than, Michael asked Sam to go out sailing, they already had done that before, and Sam didn’t like it. She knew that this could be the last trip she would ever make, but she did go sailing with Michael. At the boat, Michael admitted that he had killed Finn, her family, Mrs. Ferrer and Danny. After that confession Michael tried to kill Sam, but she hit him with a iron stick and he fel out of the boat. They found his dead body a few days later. Sam was wounded, but she recovered in the hospital. ‘Finn’ was still somewhere outside, so Sam decided to move back to London again to be safe. That day, Elsie didn’t came back from school. The babysitter told Sam that Sams sister took her to the park. Sam rang her sister, but she said that Elsie wasn’t with her. Elsie was with ‘Finn’. The police found Elsie, but she was ok. Finn and Elsie played a game. She told her about a fire and Sam and Elsie being asleep. Finn didn’t know that they were going to move. The first night in London, Sam got a call. Her house in Stamford had been burned down. Sam knew it had been Finn who did that, but she had no proof. . She knew that there was a chance that she would see Finn again, but untill that moment, the only thing that she had to do was building up her life with Elsie again. That was what she was going to do.