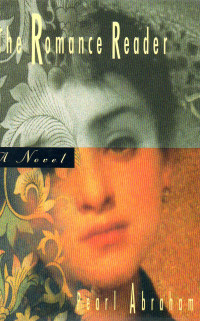 Meld je aan!
Titel: The romance reader
Writer: Pearl Abraham
Characters
Rachel: Rachel is the main character in the story. She is the Rabbi’s oldest daughter. This gives her a lot of responsibilities. When her parents are not at home, she and her younger sister Leah have to take care of the house and the children. Rachel doesn’t behave like a normal Jewish girl should. She reads English novels that are banned, she eats on Shabbat and does other things her parents don’t want her to do. Her biggest wish is to live on her own and be free. She thinks she’ll be free after she gets married, but it doesn’t work out the way she thinks.
Leah: After Rachel, Leah is the oldest daughter, so also she has to do a lot in the house. Next to Rachel, Leah looks like a perfect Jewish girl, but she actually isn’t. She also reads the forbidden books and she helps Rachel by covering for her when she goes to the library. Leah takes Rachel as her example.