The prince and the pauper 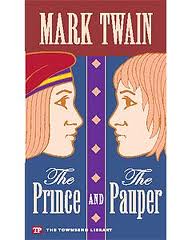 Title : The Prince and the Pauper

Other information: The real name of the author is Samuel Clemens. He was born in Missouri in 1835. He was an American who knew Europe very well. He was trained as a printer, but he soon began writing for the newspaper. Samuel Clemes began to call himself a writer, ‘’Mark Twain’’.

The Prince and the Pauper was Mark Twain’s first historical novel.

Title explanation: The title of the book ‘’The Prince and the Pauper’’ is very suitable ,because the story is about a Prince ( prince Edward) and a pauper ( Tom Canty).

Setting: The story takes place in Westminster Palace where prince Edward lived ,the home of Tom Canty and the streets of London.

Time: The story takes place in the historical time.

he would see a real prince, Edward.

By the palace there were two soldiers at the gate. One of the soldiers hit Tom. He fell down on the ground. The prince saw this and he was angry. He said: “Open the gate and bring him in.” Tom must tell the prince about himself. Then the prince said that they must change clothes. He would like to play a poor boy. They would change back after 1 o’clock , so Edward left the palace and Tom stayed in the palace.. An hour has past and Edward did not returned.

Edward , who was playing Tom, was brought forcefully home by Tom’s dad ,John Canty. While John brought him home , a man said to John to let the boy go. He refuses and hit the man on his head .The man died. Now John and his family must run away. Meanwhile at the Palace Tom was doing everything the prince must do. The king was very sick and was going to die very soon.

Edward ran away from his father and met a man called Milles Hendon. He took care of Edward and soon they became very good friends. When the king dies the prince must become the new king. But Tom wasn’t the real prince so he knew that he couldn’t be the king and waited for Edward to return. Edward who was struggling to get away from John Canty heard that his father died and tried to return back to the palace as quick as possible. Milles and Edward went to the gate of Westminster palace but the guards wouldn’t let them pass. The guards told Sir Humpfrey Marlow about the two and he ordered the guards to let them in. When Milles and Edward were in , Edward told him that he was the real prince. Soon Tom saw Edward and threw himself on his knees telling him that he was just in time! As Tom and Edward stood next to each other they soon see that they look exactly the same. But the people still needed proof to see who the real prince is. Edward gave a piece of paper with a question in it to Lord Hertford. A question wich only the real prince could answer. Finally Edward was crowd King. He was a very good king. Tom lived in the palace and was the king’s best friend. Sir Milles got his land again and married Lady Edith. Tom’s mother was given a nice home and John was never seen again. King Edward did not live very long. When he died Tom went back to live with his mother and sister.

Prince  Edward Tudor : He was the only son of King Henry the Eight. He was a very brave boy. He has golden brown hair and looks exactly like Tom Canty (the pauper)

Tom Canty: He was the son of John Canty. He was very poor and has two sisters, Bet and Nan.

Sir Milles Hendon: he was a very brave soldier . He helped and took care of Edward.

He was tall and had short hair.

John Canty : He was the father of Tom Canty. He was very lazy and mean. He had short hair and rotten teeth.

Exciting part: The most exciting part in the story was the ending. When the prince was going to be crowned the new king no one could tell who the real prince was.

Ending of the story: The story ends when the real prince Edward was crowned the new king of England. We’ re not entirely satisfied with the ending, because the new king did not live very long. Edward dies after six years being king. His sister Mary followed Edward and Became the new Queen.

Message of the story: The  lesson we have learned is that we should  never try to be someone we are not. Be happy with who you are…. 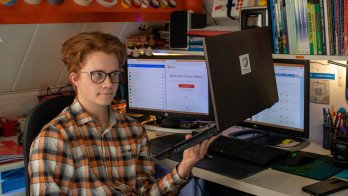 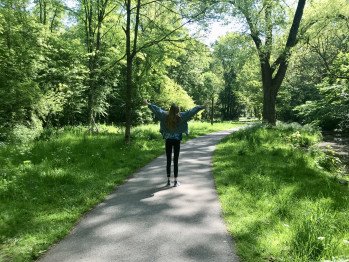 Andere verslagen van "The prince and the pauper"