The mountain between us door Charles Matin 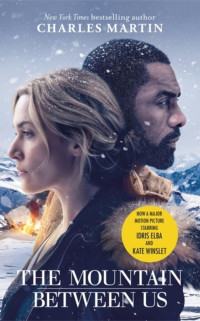 Why I have chosen for this book

I saw this book in the library at school, and after reading the backside of the book, I knew that this book was an exciting and emotional book. That is something what I like in books.

Ben Payne, an orthopaedic surgeon, can’t return home after a medical convention in Colorado Springs. Because of an advancing winter storm, all the flights are cancelled. On the airport, Ben meets Ashley, a writer from Atlanta, who is going to marry in a few days. Ben meets Grover, a private pilot, who will take him and Ashley in his plane. In the plane they share their thoughts about marriage. Then, Grover starts coughing. Ben says that he has to go to a doctor when he is home. When Grover was talking, his heart fails. He managed to land the plane, but the plane is terribly damaged. Ben and Ashley are injured, but Ashley in a worse shape than Ben. Ben has a few broken ribs, and Ashley has a broken leg and many internal injuries. Ben has to take care for Ashley and examine her. It was very cold and it was always snowing. They try to survive without having food and drinks. They drink snow what they melted and Ben is going out for fishing. Ones, Ben shot a mountain lion. So they have meat for a few days. After that they decide to escape the wilderness. Ben makes a stretcher for Ashley, so he can carry her. Ashley is completely depending of him, so he can´t leave her, but have to carry her with him. After a long, dangerous en cold tour, they get into some houses who are leaved. There was a little food and wood to make a fire. They think that the way out of the wilderness couldn’t be so far away. They stayed in the houses for a couple of days, because they want to collect enough food before they went out of the houses. Then they leave, then they run into a way. They  followed that way. After a long time they have to descend a mountain. They fell, Ashley fell of her stretcher and she couldn´t move any more. Ben has to go for help. He started running, for a whole day. He came to a house, where were people who wants to help him. They came to Ashley and brought her to the hospital, where she gets a surgery on her leg. Ben goes back home, and visits his wife Rachel.

Throughout the book, Ben speaks into his recorder to Rachel. So you get an idea who she is. Suddenly when he was at the beach, Ashley was there. She wants to meet Rachel. They get to her house, and then she saw a stone, and another stone. Rachel died 5 years ago, when she was pregnant of a twin.

At the end of the book, Ashley and Ben realize that they actually love each other.


What do you know about the writer? Give a biography. Consult at least three reliable sources.

Charles Martin was born at 3 November 1969. He is an author from the Southern United States. He currently lives with his wife and 3 sons in Jacksonville in Florida.


Which of the characters appeals the most to you, and which the least? Why?

Most: Ben, because he is the main character of the book. You know all his feelings and thoughts.

Least: Grover, because you only know a little of him.


Is there any character development? Give examples.


Describe the appearance of two important characters based on the story.

Ashley: She has short dark hair. She is very long and has slender, muscular legs. Ben find she looks very attractive.


What is the message the author wants to convey?

The writer wants to confirm the power of love.

The book is all about mountains. Ben and Ashley are landed in the middle of nowhere. There are many mountains between them and the world where the people live they love.

There is also a mountain between Rachel and Ben. Rachel is dead, so Ben couldn’t reach her.


Is there a movie of the book? Does the film show well what is described in the book? Are there any similarities and differences?


What do you think of this story? Nice, boring, exciting, touching, lifelike...  (Explain).

It is an exciting and emotional story. When you are reading the book, you want to know what is going to happen next.


Questions and ideas that raised by me after I have read the book.

How I would deal with the situation after the crash of a plane.