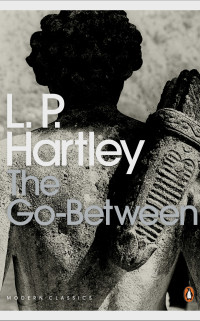 Brief summary:
The story is about a boy, named Leo Colston. He finds an old diary of his when he is a young boy. The diary helps him remember situations that happened fifty years earlier. He finds out that these situations changed his life. He reads about the invitation from his friend Marcus Maudsley. There he falls in love with Marcus’s beautiful sister, Marian. Marian had plans for her future, but she wanted whole other things. Her parents wanted her to marry Lord Trimmingham. But she was in love with Ted Burgess, a farmer. She asked Leo to bring her letters to the men. So Leo became a ‘go-between’ for her and the local farmer and Lord. But then he finds out, what the letters really are about. Marian is in love! But not with him… With the farmer! She was only using him as a messenger. Later on, when Marian and Ted got busted. Ted committed suicide and Marian married Lord. In the beginning of the vacation he felt wonderful and at the end he felt like the whole world was fall apart. The sadness he had to deal with, had consequences for his future. So he gets curious and decides to visit Marian. Marian is happy to see him and tells that her two brothers and Lord Trimmingham died in the war.

Brief description of 1-4 main characters:
- Leo Colston: the character what it is all about. In his childhood he is used by Marian and he still feels hurt. He never got over it.

- Marian Maudley: A beautiful woman, and the love of Leo. She is totally in love with the farmer, Ted.
- Ted Burgess: Marian’s big love. He is a local farmer in the village they both live in.

Description of the setting (Where? When?)
The book appeared in 1953, but most of the story takes place in the year 1900. Those are the flashbacks, in the present he lives in the sixties. The stories from the diary takes place in a little village somewhere in England named Norfolk.

Looking back.
A: What have you learned?

New facts:
- I know more now about the life in 1900.
- I have learned how to play cricket!
- I know now how they regulate a marriage between to people who does not love eachother.

Moral lesson
You always have to follow your heart. If your parents want you to do something where you are not behind, choose you own way. Do not let someone trick you or use you only for their own good sake.


What is your opinion?
I did like it, because it was a kind of dramatic story and it was something different than I normally read. It is nice to read about a woman who follows her dreams and not her parents their dreams. Maybe it is too bad that the end is not as happy as I wanted it to be. And it is also a pity that Leo’s youth has so much consequences for his future. His whole life he had to deal with depressions. But the book read not so difficult and it was educative.