The girl with the pearl earring 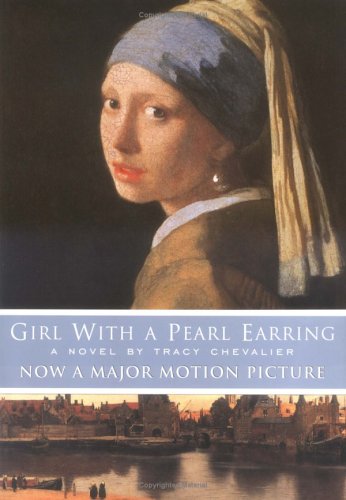 4. What literary genre does the book belong to?
It is defiantly a romance, is you read how Griet and Vermeer grow together and are creating a special relationship it is obvious a romance. Later in the book she marries to Pieter because of the money. This way she knows that she and her family will have a good afterlife. But this isn’t the same romance as with the painter Vermeer.

5a. Where is the scene laid?
b. In what period of time?
a. At the beginning of the story it was laid in the house of Griet. After the visit of Vermeer and his wife. After this visit she moves into there home to serve them. There home is in Delft, Netherlands.
b. The story starts in 1664, and finishes in 1676
Chronological, no uses of flashbacks, in the beginning the story has been told by year, but on the end they skip ten years. The years stand on the top of the page.

6a. Who are the main characters?
b. Describe there personalities.
a. Griet: she is a girl, in the beginning 16 at the end 28, she is protestant, she works for the Vermeer family, she is there maid. She has very wide opened eyes. She is very interested in the paintings of her boss.

Johannes Vermeer: he is a man, about 38 years old, he is catholic, and a very good painter. He has a wife and four (later in the book five) children.
Pieter: he is a boy, about 18 till 30 years old, he is the son of the butcher, and later in the book he is a butcher himself, he loves Griet, and wants to marry her, but she always says that she is too young. At the and of the book they do get married.

7a. What is the theme of the book?
b. do you think the author wanted to achieve more than plain entertainment with this book? In other words: what is the message of the book (if any). Explain your answer.
a. The theme of the book has got to do with making your own decisions. Griet has to marry Pieter even though she doesn’t want to. She also has to go work at the Vermeers house. She also doesn’t want this. Her family is poor and actually they don’t really have a choice. You would say this is a book with a story of a old time, but if you look better you can see that these things still happen today.
b. I’m not really sure if the writer mend to put a message in the story, but if you read it you can see that the plain is that girls (in this case) have to work really hard just to get some money for them and there family. This still happens in some areas in this world.

9. Why did you choose this book?
My teacher gave us some information about some books in our school-library. When she told us what the book was about it really looked interesting, because she is almost of the same age as we are and we all fall in love. I just love reading love-stories.

10. What is your opinion after having read the story? Please motivate this.
I though it was a nice book to read. You can really see them growing together and having sort of a secret relationship. I would really recommend it to others to read because it is very easy to read and really fun.

Andere verslagen van "The girl with the pearl earring"