The drive to Dubai door Julie Till 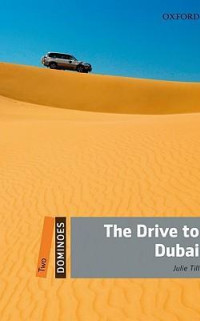 Meld je aan!
Kareem was a young teenage boy who lives in Saudi Arabia. He was in love with Samira, a beautiful, clever girl. They wanted to marry, but at first Samira’s father didn’t want that because Kareem’s father isn’t very rich. They deliberated a lot, and Kareem tried to persuade Samira’s father. Samira’s father was almost persuaded, but then an awful happiness takes place.

Kareem’s father told that he was travelling to Dubai the next week. He explained that he had some important business for the owner of his company, Sheikh Ahmed Bin Salem. So his father left and went to Dubai. But there, something went wrong. Father didn’t have to stay in Dubai anymore, so he called his family and told them he’ll come home that evening. His hole family was waiting, but father didn’t come. They tried to phone him, but he didn’t answer the phone. Suddenly, a few days later, the phone rang. Someone told father was at a police station. The police arrested him because they suspected him of theft of some expensive jewellery from the wife of Sheikh Ahmed Bin Salem. Father said he didn’t stole the diamonds, but nobody believed him, except his family. But Samira’s father also didn’t believe he was innocent. So he didn’t want that his daughter married with Kareem. That’s why Kareem wanted to prove that his father is innocent.

Kareem called his cousin, Ibrahim, to ask him what to do. Together with Samira, they thought about a plan. Kareem and Ibrahim went together as cleaners into the office building of Sheikh Ahmed Bin Salem. They suspected Omar, the brother of the sheikh, who also worked at that office. They wanted to search in his room, they wanted to find the diamonds. When everyone had left, they went into his room and opened his desk. They searched everywhere, but they didn’t find anything. But they still suspected Omar.


Another day, Kareem and Ibrahim went back to the office. They went again as cleaners, but in their pocket was a video camera. They saw Omar in his room and saw him walking to a plant. Kareem got the video camera and filmed Omar. Omar went to the plant and lifted the plant. Then they saw the diamonds! Kareem filmed everything, and so he proved that his father was innocent. Later, he married Samira and they lived happily together.