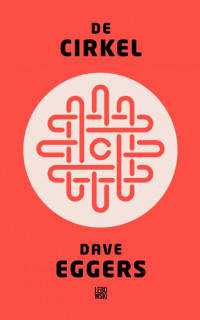 Mae Holland, age 24, is thrilled when she is hired for the Circle, the world’s most powerful internet company. Her college friend Annie, who is a powerful woman in the Circle’s ‘Gang of 40’, helped her. Mae works first for Customer Experience. She likes her job and tries to get her score to 100, although the work is hard. She is expected to be part of the Circle’s community, which means going to a lot of parties and congresses the circle organizes, and working not just till 5, but also in the evening. At first Mae thinks it hard, especially because she can’t see her mother and father, who is suffering from MS and has problems with the insurance, so much. The Circle helps her, they insurance her father so he can get the right medicine and doctors. Mae meets at her parents with her ex-boyfriend Mercer. He thinks Mae is like brainwashed by the Circle, which she actually becomes more and more. Mae doesn’t see this and thinks Mercer is stupid not to love the circle’s succession.

At the Circle she meets Francis Garaventa, a man she thinks an asshole at first but in the end likes very much, and another man she thinks very attractive. His name is Kalden, he’s very mysterious. No one seems to know this guy.

The Circle strives for ‘transparency’. They place for example everywhere on earth camera’s. This project, known as ‘SeeChange’, helps make the world saver, but everyone can be followed 24 hours a day. Mae herself is a victim of this when she goes on an kayak trip at night and is caught. Bailey, one of the Three Wise Man, the ‘brains’ of the Circle, wants her to say in an live broadcast that ‘privacy is theft’ and that she wil go ‘transparent’. Some senators are going transparent by wearing a camera with them all day long with a livestream. Mae is the first normal citizen to be transparent.

Mae is now fully transparent and gets more and more important for the Circle. She gives for examples tours so whole the world can see the benefits from the Circle. Mae is very influenced by going transparent. Everyone can see her and gives comment, so she quits for example unhealthy food. Kalden warns her for transparency and the Circle’s growing influence and bad things (for example: they feed a shark a living turtle for the eyes of the whole world). Mae doesn’t understand. Mae is so busy with the Circle that she lives permanently there. She meets Annie, who is actually jealous of Mae because she is very popular. Annie says she is the test subject for the Circle’s newest project ‘PastPerfect’. With this project, everything from the past will be known. But the project is for Annie a great failure. Her forecasters appear to be slaves traders. Annie can’t handle this information and lands in coma.

At a session of the Gang of 40 and the Two Wise Man Stenton and Bailey Mae suggest a suggestion of a connection between governments systems and the Circle. Everyone is very enthusiastic, but not her parents and Mercer. Mercer writes her to stop and later that he will go away.

Another project is launched, ‘SoulSearche’. With this system, every person can be found within 20 minutes. They test it on Mercer for the eyes of the whole world. Mercer is found in a cottage far in the woods, but he kills himself when he finds out what’s happened.

Kalden meets Mae again. He tells her he is actually Ty, the founder of the Circle. He says that all his plans has been escalated and warns her to stop the Completion.

Mae has told Stenton and Bailey about Ty. She is happy about her participation in the Completion. She sits near Annie, wondering what she is thinking in her coma, hoping that soon a program will be found that can read people’s minds.

Setting: the book is set in California, mostly in San Francisco because that’s where the Circle’s campus is. Most of the things happening in the book happen on the Circle’s campus, which is very big and has almost everything a human can want, like restaurants, dorms and sport facilities. The story takes place in our not-so-far-away future, I think in like 2020. The whole world hasn’t changed a lot, but the thing that did changed in this futuristic world is the upcoming of the Circle and her big and growing influence.

Mae Holland: age 24, the main character of the book. She is kind of naïve, does everything what the Circle wants and thinks everything the Circle does is the best for everyone. She is like brainwashed by the Circle, she even lets her parents down. She is a round character, cause you know a lot about her and about her mindset.

Annie: Annie is Mae’s old college friend and is very happy that Mae is hired for the Circle. Annie herself is in the Gang of 40, the group of most important people of the Circle. Everyone adores her. But when Mae gets popular and her fame is rising to her head, Annie gets jealous. She decides to be the test subject of the project PastPerfect, but it is for her a failure. The stress about it is breaking her and in the end she lands in a coma. In the beginning of the book, Annie completely agrees with the Circles ideas, but in the end, after the PastPerfect debacle, she doesn’t want the Circle to be so powerful. Annie is a round character, because she makes a change (from Circle-supporting to wanting the Circle’s power restricted)

Perspective: the perspective is the auctorial narrator, from Mae’s view. The reader sees the influence the Circle has on Mae and on the world, and as reader you see how bad the Circle actually is. This makes Mae not a very nice person, because she doesn’t see it, she is actually brainwashed by the Circle. As a reader I constantly hoped for a change in Mae’s mind, that she would see that the world in brainwashed by the Circle and that she will stop the Completion, but there is no change, so I didn’t really liked the main character.

Title: the title is named after the company where Mae works for. It is the most powerful thing in the book.

Theme: the main theme in the book  is power and the abuse of power. The Circle is very powerful, but it actually abuses its power from having all the internet data from people. They want to know everything, cause knowledge is power, but they go too far in it. Also Mae’s power grows during the book, but she doesn’t use it for good things (she should make an end to the Completion, but she doesn’t). this is an important and very actual theme, because companies like the Circle already exist. Google is a good example for this. The book wants to warn you what happens if companies get to much power.

I quite enjoyed reading this book. I normally only read young-adults, so reading Englisch (and Dutch also) literature was quite hard for me sometimes, because that kind of books are very different than what I normally read. But this book reads like a young-adult. The story is a good one, it’s like a modern version of 1984. It has an important message for us: don’t give companies like Google too much power. I don’t really know if I’m happy with the ending. Normally in dystopian books (like The Hunger Games or The Divergent Series), the main character is a hero and saves the world from a disaster, but in this book, the main character is totally brainwashed and even helps the world getting in a dystopia. But that can also be a good thing, because it is different than normal. I would really recommend this book to others. Because it is easy to read, because of the good story and the message it gives to the world.