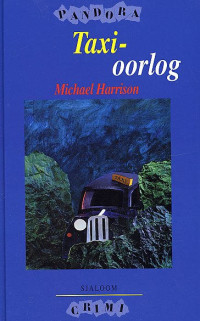 Jack goes to work in a company, and will therefore have a farewell party for Jack. At the party he gets cards from his colleagues and his boss he gets a phone. He is very happy with it only does Jack need a little help, because he does not really know how it works. After partying Jack goes home. He is very tired. He says goodbye to everyone and goes home. "I'm free tomorrow, but I want to go home because I'm tired." Says Jack. The streets are quiet and the wind blows hard, nowhere is there to see a taxi. After walking a while he sees a taxi to arrive, the taxi stops and takes Jack home. Along the jack falls asleep in the taxi. The taxi driver sees that Jack is very tired. It is very quiet, the taxi driver waiting at the traffic light. Suddenly, a man with a gun in the window of the driver and says, "Do what I say and do not try to dodge, otherwise you're dead." The man gets in the car and forces the driver to drive there somewhere. Jack knows nothing about this, because he sleeps. The criminal forces the driver to drive hard and fast. Thereby Jack flying in all directions and sleep. After a while Jack will wake up and see the man with a gun. He already knows what is going on and has an idea that he has learned from television. He makes a gun from his hands and touches it to the head of the criminal and says, "throw your gun away! NOW! ". The criminal sees it and let the car stop, he stops Jack in the trunk and drive on. Jack has it too tight in the back but suddenly he again gets an idea he can his phone use it to save his life, he immediately calls 1-1-2. He told everything to the police and the police come there is the same taxi driver meanwhile arrived at the airport and the criminal is within the airport. The police also arrived on time. They go inside and get the same criminal out and take him. Then the agent gets another phone jack and says, "can one open the trunk." And he was also out.