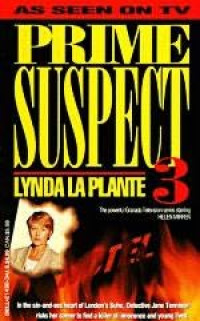 Setting and time:
The story is set in London and it is around 1990.

Jane Tennison is the main character of the story. She’s a Detective Chief Inspector who’s not really respected by the men who are Detectives too.

George Marlow is the prime suspect of the case. He denies that he killed the women but there are a lot of things that may link him to the murders.

I think they chose the right title because the story is about George Marlow. He is the prime suspect so I wouldn’t choose another title. The theme is about proving yourself, like for instance when Jane proves that she can handle a murder case and George proved that he could hide the crime as much as he can. The genre of the book is definitely a detective.

The story is told by a narrator, who tells the story mostly in the past tense.

Summary:
Jane Tennison is a Detective. She works really hard but never gets a murder case. That is because everybody thinks that is something men have to do. When a detective dies, she gets a murder case. There are 6 body’s found and there all killed at the same way. They have a prime suspect: George Marlow, but they can’t link him to the murder. So she and the other detectives have to find evidence to make a link.
They knew that when the car was found, they had the evidence. But the car of George was nowhere to be found. So detectives followed George 24/7 to find out where the car was and to make sure that there wouldn’t be another murder.
One day George went out of his house en went to a Cafe. After that he went to a garage. While he was opening the door, the police came out of their cars and arrested him. In the garage stood the car that they were been looking for. Jane had the evidence and the police took George to the police station. His wife was there also, Moyra Henson. She told her story to the police officers and said that she didn’t know about the murders and thought that George was not guilty. But when she saw the photos of the victims, she saw that George killed six of her customers at the beautician and other women that she knew. Than George has an interview. He can’t deny anymore. Everybody knows that he is the murderer. So after a long talk he said: ‘I did it.’

Own opinion:
I liked the book but after 50 pages I thought was a bit boring because I already knew who did it from the beginning. It was more fun when just a whole other person did the murders.


Information about the author:
Lynda La Plante was born in Liverpool, and trained for the stage at Royal Academy of Dramatic Art (RADA). Work with the National Theatre and Royal Shakespeare Company led to a career as a television actress with regular roles in dramas such as Fox, Minder and The Sweeney.

La Plante began writing at a young age, but it was while she was filming The Gentle Touch that she wrote four plot outlines and sent them to the show’s producers. They were all returned as unsuitable, but on one of her ideas someone had written ‘this is wonderful!’ That was all the encouragement La Plante needed, and that brief synopsis eventually became the phenomenally successful TV series Widows, nominated for a BAFTA award in 1982.