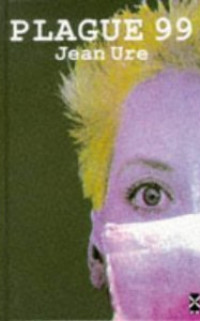 ’’ Once I had had a book published I immediately decided that I was A WRITER, I didn't need any more education, so instead of going to university I ran away from school saying that I was going to write books. This upset my headmistress very much. She told me that I was a foolish girl, and washed her hands of me. She was quite right, of course: I was foolish. It was three or four years before I had another book published, and in the meantime, just like anyone else, I had to earn my living. For a while I scrubbed floors, and waited tables, sold bread in Woolworth's, waltzed in and out of people's offices, did a bit of nursing, a bit of translating, a bit of cooking ... a bit of just about anything that didn't need any actual qualification. I then decided that it would be fun to go to drama school, so I took an audition for the Webber-Douglas, in London, went there for three years, met my partner, Leonard Gregory, who was a fellow student, and finally - at last! - managed to have another book published.’’

Subject:
The book is about a horrible plague which is happening in 1999. That is also why the book is called ’’plague 99’’. The plague is in London. People who know each other from school and their family are involved by this plague in this book.


Outline:
The outside of the book looks like a boring book too me, but after all it was a nice book. The book was very good.

Summary:
Fran has spent four weeks in a Stone Age Camp, completely isolated from the rest of the world. There were no TV, no papers, no radio etc. When she came back in London, there had broken out a lethal disease. She uses a sweater as a mask when she ran to her house. Both her parent have died of the plague. Harry’s mum is also dead and so Harry has lost touch with reality. In Harry’s diary Fran reads everything about the epidemic and about the death of Harry’s mum. One day, Shahid’s father also died. Fran, Harry and Shahid decided to go to Shahid’s brother who lives in the north of London. He runs a wholesale food business. When they are on their way Fran discovers that Shahid had the disease and she takes care of him. When he is well they decide to go further to the house of his brother in Barnet. When they are there, the house seems to be burned out. Now they have to find another way to survive the plague.

Main characters:
Fran is a round character. She is a homey-girl. She is not bold or adventurous. Harriet is her best friend!

Harriet is a flat character. She has black curly hair. And she is full of energy to enjoy the life she has got. During the plague Harriet is getting thinner and thinner and at the end she can even wear the dress she wore when she was thirteen years old.

Shahid is also a flat character. He is very humorous is a annoying way. He also has a lot of sarcastic announces.

Point of view:
The point of view in this book is a tellers perspective. Because of this perspective you don’t get to know any thoughts of the main characters. That is a shame, because now you know less about the characters when you can know more about them.


Content:
The book is built on chapters, but the chapters don’t have a name. There is a connection with the chapters because they fill each other up. The book has no flashbacks and the story is told in a perfect way when we are talking about the time.

Explanation of the title:
The title of this book is ’’Plague 99’’. In the story there has been a plague in London, 1999. The title is good. It gives you directly the main case of this book. If I should give this book a other title it would be ’’The horrible disaster in London’’.

Theme:
The theme of this book is too survive the horrible plague.

My opinion about this book:
I really liked to read this book. It was a exciting and interesting novel. Normally I don’t like to read books, but I am glad I have chosen this book for my English book report.
150 pages in suspense of what will happen!