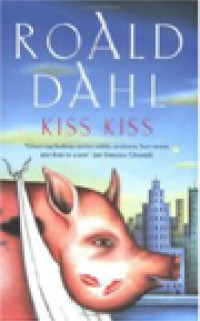 I chose Parson’s Pleasure for this assignment because we read it in class. I found the story interesting, especially for a story that is so old. In that aspect, it has held up very well. Reading about the Parson trying to prove the inauthenticity of a piece by making up a story was very compelling.

The protagonist of the story, Cyril Boggis, is a dealer of antique furniture and a talented salesman. Every Sunday he’d knock on the doors of the country homes of England pretending to be a parson compiling an inventory of antique furniture. In reality, he was looking for items that he could purchase and add to his impressive collection of rare and valuable furniture. One day he met a farmer called Rummins, his son Bert and Claud. He was invited in by the farmer and while browsing the living room he was taken aback. There stood a rare and valuable 200-year-old mahogany commode. It was a real Chippendale Commode made by Thomas Chippendale. Commodes like this had previously sold for well over 10,000 pounds. Boggis told Rummins that it wasn’t worth more than a few pounds. He mentioned though, that he could use the legs as a replacement for his own table at home. The farmer tried to prove the antiquity of the piece but to no avail. Boggis had conned Rummins into believing it was merely a Victorian-era reproduction. After some haggling, they settled on a price: 20 pounds. Once the Parson had left, the three men speculated that he would refuse to pay the full price if the commode didn’t fit in his car. So to make sure it would fit, Claud took an axe and cut the legs off and rendered the rest into firewood. After all, all Boggis wanted was the legs.

I believe the main theme to be greed. Greed is what drives Boggis to spend his weekends pretending to be a Parson looking for antique furniture. Furthermore, if Boggis had been more honest with Rummins about the nature of the commode, he could have had the whole thing intact. Instead, he let greed get the best of him.

Cyril Boggis is an antique collector and a skilled salesman from Chelsea. He has his own shop and showroom in which he houses his large collection of antique furniture.

Rummins is the owner of the farm and the owner of the commode. He’s a stumpy man with a wide frogmouth and small shifty eyes. He has a son named Bert who helps him around the farm. He doesn't know much about antique furniture, but he nonetheless is confident in his belief that the commode is authentic.

This story was written in 1958 by Roald Dahl.

‘They had seen him stop and gasp and stare, and they must have seen his face turning red, or maybe it was white, but in any event they had seen enough to spoil the whole goddam business if he didn’t do something about it quick. In a flash, Mr. Boggis clapped one hand over his heart, staggered to the nearest chair, and collapsed into it, breathing heavily.’

I picked this quotation because it shows Boggis’ ability to think on the spot and adapt to the situation which proves his talent as a salesman.

‘“Not much, I’m afraid. You see, this is not a genuine antique. It’s merely a reproduction.” “I’m not so sure about that,” Rummins told him. “It’s been in here over twenty years, and before that, it was up at the Manor House. I bought it there myself at auction when the old Squire died. You can’t tell me that thing’s new.”’

This quotation shows that Rummins, while he looked ignorant, wasn’t so naive that he was simply going to fall for the Parson’s story.