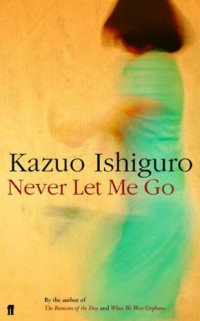 Samenvatting
Deel 1
Kathy H is 31 years old. She has been a carer for eleven years and she was grown up at the institute of Hailsham. There she prepares for her further life as organ donor. The students at Hailsham are cloned to cede their organs and to die. Before that time they can work as a carer. When Kathy looks after her childhood, Hailsham is disappeared. Kathy’s best friend is Ruth, and she got another friend called Tommy. The students at Hailsham learn many things, in particular to create their own art. When your art is very good, it goes to the Gallery. But Tommy’s art doesn’t go to the Gallery, the guardians think that the art of Tommy is too bad. The students also learn that smoking is bad for your health, and they must stay at the terrain. They know that they’re very special, but they don’t know why. At the Sale they got clothes, toys, and special things of that hadn’t been made by another student. At one day, Kathy found a tape calling ‘Songs after dark’ by Judy Bridgewater. She was secretive about it because on the photo there was a cigarette. The tape was special because it had one particular song on it: ‘Never let me go’. Kathy was dancing on the song and Madame saw it, but she left already fast. Then she lost the tape, but Ruth got a new one for Kathy by the Sale.
Ruth and Tommy got a conversation about six months. Ruth wants that Kathy have to talk with Tommy. She talks with him and it’s about miss Lucy and not about Ruth. Then they heard that miss Lucy left Hailsham and never returned.


Deel 2
Kathy became older and older so she went to the Cottages together with Ruth and Tommy. There were no guardians, so you have to look after each other. They met Chrissie and Rodney who also live at the Cottages. They saw that Ruth is possible because she talks a lot about the dream-future. At one day they went to Norfolk. Norfolk is known for that everything that you lost, you will find it there. In Norfolk they went to the sea and the city. They saw a possible for Ruth, but when they followed her, she didn’t look like Ruth. Then Chrissie said that they can go to Martin, an old friend. But Kathy don’t want to go and Tommy stayed by her. Kathy and Tommy searched the lost tape of Kathy. They found it in a shop. Then they had got a conversation about miss Emily why she dropped the stuff away. Tommy thinks that she dropped the stuff away because they can see if you’re the perfect couple. Then they left the Cottages.
Deel 3
Kathy wants to be a carer, but that’s difficult then it likes. Kathy met Laura, an old friend who also lived at Hailsham. She said that Kathy must become the carer of Ruth. Ruth wants to go to the boat of Tommy. She’d apologize herself, in fact he love between Tommy and Kathy. At the moment Kathy and Tommy went to Madame’s hose, to find out what they had done with the stolen gifts. At Madame’s house, they questioned her why she was taking all the pictures and poems away from the students of Hailsham. She said that they revealed your soul. Kathy thought that there was another person in the room, and there was miss Emily in a wheelchair. She told that the rumor that couples won’t exist very long, isn’t true. Miss Emily also said that they did that work to prove you had souls at all. They want to know if there’s a difference between clones and normal persons. They also want to know what had happened by miss Lucy. Miss Emily said that she was too theatrical and the students must have to do practice things. At that day Kathy also got a conversation with Madame about the tape. Madame thinks that the person is about how she’d ever wanted to be in the future. Back home Kathy and Tommy talk about Tommy’s 4th donation. Then he’s dead.

Thematiek
The students know that they won’t live long, because they’re donors. They lay resigned.

Motieven
- The students are very healthy, and everything what is unhealthy is forbidden.
- The students may not walk off Hailsham, they must they at Hailsham.
- Exchanges= a sale of self made products by the students. You can only buy things form your own year. It’s building up a collection of personal possessions.
- The Sale= they got their clothes, toys, special things off that hadn’t been made by another student. It was disappointed, but at one time you had found something special.
- The students know that they won’t get children, but they may have sex.

Symbolen
- Possible: a clone of the person self
- The Gallery: they wanted to let see to the world that the cloned children feel possessed.

Titel en motto’s
- Never let me go is the title of the single of Judy Bridgewater where Kathy is dancing on.
- Kathy will never let their friends go.

Personages
Kathy: the person what is all about the novel. She is carer of clones who donate organs and at one time she’ll donate organs by herself. She has a big responsibility.
Ruth: she is a little bit jealous. She is a friend of Kathy, she does her best to make friends.
Tommy: he got a bad temper. Sometimes he’s freaking out, but Kathy loves him. He’s bullied by other persons. He draws little figures to express his emotions.