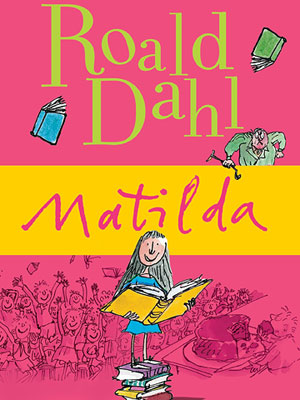 Title + reference of the book

There are five chief characters. They are Matilda, a child prodigy; Matilda's parents, who are selfish couch potatoes; Miss Trunchbull, a mean teacher; Miss Honey, a kind and caring teacher who later becomes Matilda's foster mother; and Miss Phelps, the town librarian.

Matilda is an exceptional child. She begins reading newspapers when she is one year old. At three, Matilda reads books like Nicholas Nickleby, Oliver Twist, Pride and Prejudice, Kim, Animal Farm, and Jane Eyre. Matilda's parents do not like her study habits and think that she should be interested in other things. It becomes obvious they do not like her. So, Matilda begins to do some mischievous pranks to get their attention. She, for example, puts super glue in her dad's hat brim which he cannot get off. Another time, Matilda borrows a parrot and stuffs it up the chimney where it sounds like a ghost which makes everyone in the family run out of the house. She learns to pick up things by thinking about them without moving. At one point Matilda picked up a piece of chalk and wrote on the chalkboard at school which frightened Miss Trunchbull, a mean teacher. In time, her father decides that the family had better move to Spain. However, Matilda has her own ideas. She approaches her parents to receive permission to stay with Miss Honey and her parents agree.

Theme or novel of the book

It would seem that the theme of the book is for parents to appreciate their children and encourage them. Dahl also presents that children should be grateful for what they have.

I like Matilda. She is well–mannered, very very good at math, and at the age of four she knows how to find her way to the library. What is more, she brings books home and would rather read them in her bedroom than watch television. What a paragon. Such a child should be loathed by her peers, but fortunately her fairy godmother did not neglect one last gift. Matilda knows how to be extremely and creatively naughty – lining her father's hat with super glue, putting her mother's hair bleach in her father's hair tonic bottle, for example. This streak of imaginative wickedness not only allows her to make a loyal friend, Lavender, but also to wreak revenge on her unloving parents, defeat the fiendish headmistress, Miss [Trunchbull], and return her victimised teacher, the enchanting Miss Honey, to her rightful place in the world. Having saved the day, Matilda is released from her parents and has the prospect of living happily ever after. So Roald Dahl has done it again. His book will surely go straight to children's hearts. Wonderfully illustrated with Quentin Blake's spiky drawings and printed in comfortably sized type, the 240 pages of ''Matilda'' contain a complete child's world. M ore than any other living writer for children, Mr. Dahl has that world at his fingertips. Not for him the obviously improving literature to attract the parent purchaser: in his stories the child is tops. Anarchic and patently impossible plots romp along with no regard at all for the even faintly likely. There is not a chance that seagulls on silken threads will pilot a little boy and a large piece of fruit with a crew of garden insects across the Atlantic Ocean, but in ''James and the Giant Peach'' (= other book of Roald Dahl) that is exactly what happens. Nor, by any stretch of the imagination, is a factory where chocolate is mixed by a waterfall and candy boats float down chocolate rivers believable. But in ''Charlie and the Chocolate Factory,'' (= another other book of Roald Dahl) that is exactly what the reader gets. This complete surrender to a child's imagination allows Mr. Dahl a follow–up blessing, a child's logic. If everything that happens in the book is really fantasy, then people may be disposed of without an eyeblink. This things happens also in other books of Roald Dahl, everything is based on a childs imagination and this make the book so incredible. Some examples of such books are: Parents die in car crashes (''The Witches''), or are eaten by a rhinoceros (''James and the Giant Peach''), aunts are flattened (''James'' again), kind fathers are murdered (''Matilda''), extreme physical pain is suffered (''Charlie and the Chocolate Factory,'' ''Matilda'') and a boy become s a mouse (''The Witches''). But no one is really hurt, and the truths of death and torture are as distant as when the magician saws the lady in half. Children rapidly push aside what they don't want and, following their lead, so does Mr. Dahl when a char actor inconveniences the thread of his fantasy. Moreover, he always uses the lively prose children really speak, often British slang, which travels well. Twerps, brutes and blighters abound; when people eat too much, they throw up, and boys have names like Bog–trotter. The books have much in common with traditional fairy stories. Dreadful things must happen, so that they may be righted. Just as the Caliph must cut off a great many heads to oblige Scheherazade to keep him awake and save herself, or Grandma must be eaten by the wolf before Little Red Riding Hood and the woodsman can catch him, so Sophie must be snatched, terrified, from her bed by the BFG(= other book of Roald Dahl), before she can help him subdue the man–eating giants. There are other similarities too – chants and rhymes, spell recipes, alliterative nonsense language, and in ''Matilda'' a mysterious power that lets her tip over a glass of water at 50 paces and write ghostly messages on the blackboard with seemingly self–propelled chalk. Mr. Dahl also knows that fairy stories need ogres, and in ''Matilda'' he gives us three of his best – Matilda's mother, an overweight, bingo–playing bleached blonde; her father, who wears loud, vulgar clothes and is a crook besides; and Miss Trunchbull, an enormous, ugly former Olympic hammer thrower, given to seizing small children by their hair and hurling them out of windows. And, again, as in fairy tales, virtue and poverty are often synonymous – Danny, Charlie, Miss Honey are examples – and enduring terrible ordeals does result in an improvement in the characters' fortunes; there is a pot of gold at the end of the rainbow. Mr. Dahl conveys a great deal of information, but that is not the point. What's important is that badness leads to a fall and that the good, with effort and some staying power, wins through. It is a child's vision from start to finish. Adults are capricious, ordinary things hold the seeds of mystery and in really tricky spots magic will help you out. And, as long as they obey the rules, children are never wrong. Deep deep down, everything is fair. Mr. Dahl knows that's not true, as do we, but he's not going to give the game away. Miraculously, he creates a world where being a child does not have to be justified, but is justification in itself, where ''Marvellous things will start happening to you...and you will never again be miserable in your whole life.'' 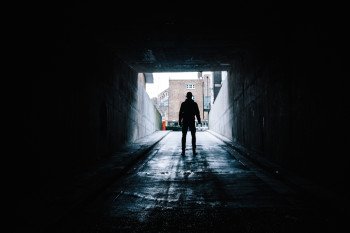 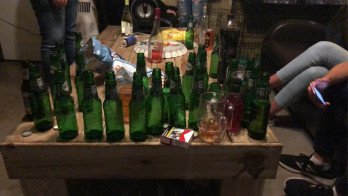