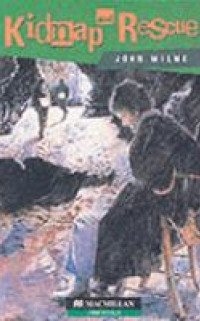 Meld je aan!
Kidnap And Rescue.
Title of the book: Kidnap And Rescue
Name of the author:John milne
Protagonist
khalifa: Arabic prince
Aziz: double of prince Khalifa
Mrs. Demster en Mr. Brody:kidnapers
Tom and Sheila :Aziz best friends
Dave Morris:Maneger of Flamingo Park
The story in a short version:
Aziz are a boy of 19 years and study technique. Aziz have many friends and live in London. He had 2 good friends Toms and Sheila. Toms study also technique and Sheila tourism. Them told what they will do the summer holiday and them went to Cornwall in the south west of United Kingdom. They will work in flamengo park. Toms as kelner and Sheila with the children work. Aziz see an advertisement for an Arab prince and precede to ring to the number 63733 which job. Aziz call and must at 2 o'clock to flat 7 23a Fenton street soho. The woman hot Mrs. Dempster and the man Mr. Brody. He becomes the double of the prince and gets 1000 pond. He takes the job. He seemed also exact on the prince. They will give an instruction to Bill.
Toms and Sheila will hitch hike. John took along them. John go on a visit at friends in Helston. The morning then they went to Cornwall. TOMs and Sheila were there at 12 o'clock. Tel. number of John was 4321.De manager of flamingo park was Dave Morris. They had the weekend free and Toms were interested in mines. The lunch was 13.00 and afterwards will them swim.

Aziz caught its clothes and went to platform 14 on Euston station for 23:30uur to Bill. He was uncertainly and frightened.
Bill raced them were on the way M4. Them went what to drink had done and bill something in the coffee of Aziz. He fell in the car in sleep. He had a nightmare. They came at a house where Mrs. Demster and Mr. Brody in Cornwall where.
Aziz had breakfast and threw the coffee with the hypnotic in a dead plant and became to its chamber by Mrs. Dempster. And he will eavesdrop on the plans of the Bill Mr. Brody and Mrs. Dempster. They will kidnap prince Khalifa. Bill must to Hayle to the station must he something in the coffee of prince Khalifa do there so that he turns out better than expected in sleep and he can take him. Aziz are then changed as a prince and sent to Penzance. Bill Mr. Brody and Mrs. Dempster ask then to 2 millions pond for the safe return of king Khalifa.
Aziz Mrs Dempster and explain to him are called the false plan. He must protect the prince by going to Panzance. He will run in the garden a rondje and returned, there was then nobody and he will look at on the card lines on tin Mine had been put there. There passang away them prince Khalifa to bring. For 18.00 Aziz had will themselves cover and they went to Halye station. He was pushed in the trien with an envelope with 1000 pond. He came what there was all going on.
He came in Penzance and encountered Jim Wood and those early or he the prince was. Aziz said no and he empty the tale to Jim Wood. Them went to Toms and Sheila and Dave and they will save the prince.
My opinion
Idid like thise book because its about.
Kidnap people and like story’s like that.
You keep reading that book so that you know what happend with the caracters.Igive thise book a 8-.