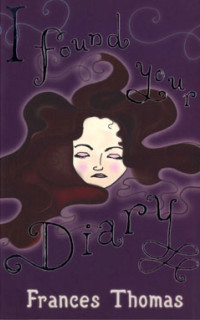 Luister nu!
Summary
The story is about Tom Palmer who finds a diary in a dumpster of a girl named Hannah. First he didn’t want to read it. But he thought it was empty. So he picked it up because he needed a new notebook himself. He thought that he could read it. Because it’s thrown away anyway, so I can’t be so important. He starts reading her diary and finds out that Hannah has a crush on her new English teacher. They even went to the Oprah and then her English teacher kissed her, however he has a wife kids. After a couple of weeks her English teacher, Mr Sinclair make an appointment at his house. And there they had sex with each other. Hanna also see ghosts sometimes who look like her. She saw those ghosts almost everywhere and told no one about it. Tom asked his mother what those ghosts mean. And she told him that those ghosts are a sign of death. Mr Sinclair never said hello to her, to keep everything in secret. Hannah was really mad about that, so she threaten so tell his wife everything. Because of that their relationship really became bad. Every time she got less time for her friends. She was really busy. So she wanted to go through the park, so she would have time enough to buy some Christmas presents.
Tom starts to look for Hannah to give her diary back. A couple of weeks later he meet a girl named Hannah. But he’s not sure if it is the Hannah from the diary.


Frances Thomas
Frances Thomas was born in Wales in 1943. She moved to London where she studied English at London University.
Frances Thomas teaches dyslexic children at home. The rest of her time she spends writing books for children and adults. She has won some awards for her children’s books and Seeing Things, her first adult novel, was nominated for an award for the Whitbread First Novel Award in 1986. She also wrote a biography of the 19th century poet Christina Rossetti.
She is married to the historian Professor Richard Rathbone and she has two daughters.

My opinion
I think that this book is quite a nice book. However I don’t like the way this book is written. Its written like a real diary. And I prefer just a normal story without reading latterly information from a diary. And I don’t like it that it hasn’t a real end either. But however all those bad things about the book it still isn’t that bad.