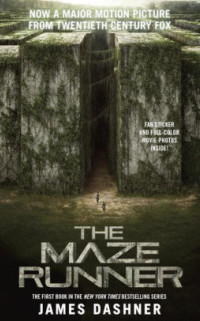 Publication date and place:  The 14th of August in the United States.

Solar flares have hit the earth, there were many casualties, billions of humans have died due to fire, fatal heat and tsunamis. Most of the world has turned into wastelands. Mark and Trina were there when it happened, luckily, they got rescued by Alec and Lana. After Mark and Trina were rescued the group went to the Lincoln Towers, Asheville, to shelter for an incoming tsunami. One year later, enormous helicopters, called

Bergs, arrive and shoot poisoned darts because the government wanted to reduce the world population as there’s not enough food in the world. The group has to flee from the virus.

1. This book has been a big impact to me as the earth has experienced a huge disaster, I think a lot about world disasters, and I imagine what I would do in that situation. At first the world gets hit by solar flares, this is terrifying since it’s realistic. The world could get hit by sun flares in the future.

When there’s not enough food for the world population, a secret government organization, called: Post-Flares Coalition (PFC), plans to make a virus and spreads it over the world. This is also scary as the citizens don’t know about this organization, similar to the real world, we don’t know everything about government. These two events made me think about a lot of things.

7. The Post-Flares Coalition has to make an impossible decision. Earth lacks food, there’s not enough for the whole planet. People starve to death and there are a few who survive or people die from a virus and the other humans have enough food to survive. PFC chooses for the second option and Katie McVoy discovered a virus that shuts down the brain and is painless, the virus would weaken as it spread to other people. But the virus had a mind itself, it evolved, it could resist more, the virus would not only shut down the brain. Before it did that, the victim would get very aggressive and would turn into a cannibalistic monster.

This option involves a lot of deaths but at the end more will survive, because there’s enough food for the remaining people. As horrific as it sounds, I would choose this option too, but I would’ve done more research so that the virus will not evolve into a nightmare. The better virus will kill many people but if they don’t die, more people will starve and that’s a way more painful death. Choosing the option with the virus is slightly better than the other one, in my opinion.