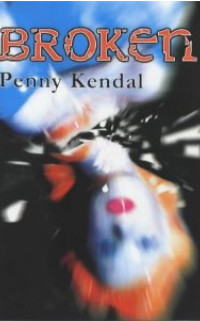 Summary:
Rebecca and Jack had to live at their aunt Caroline for a few weeks, because of their mum who’s a drug addict. They never heard about aunt Caroline and when they were there Jack broke a precious chine figure. Only the head was intact. Caroline was very upset and angry. Rebecca wanted to buy a new figure in an old shop and there they met Charlie. They became a friendship. Rebecca fancied strange things, such as that she felt stabs in her hand where she had kept the head of the china figure.
After a long time Caroline told them about why she never saw her sister. In the past Stephanie, the mother of Rebecca and Jack, was married with Neil, a bride of Caroline. She told everything to Rebecca and Jack and when they went back, Caroline repaired the contact between her and her sister.


Main characters:
The main characters are Rebecca (13), Jack (8) and Caroline. Rebecca and Jack had to live for a few weeks at their aunt Caroline, because there mum, Stephanie, had to go to a clinic kick from drugs. They never heard about their aunt.
Rebecca is an anxious type. She wants to take care of Jack. Besides she often feels responsible. When Jack is doing something, for example when she was in the old shop and Jack was licking the window, she was said: “Ooh, Jack! Don’t do that! I feel ashamed with you!”
When they were at aunt Caroline’s, she missed her mother, but she put up with it. She’s an optimist, because she wanted to make the best of it.
She’s also very intelligent, because when Jack had broken the china figure, she kept it. When they went to go a new ornament, she took it to let it see to the seller.
Jack’s father calls Neil. Jack is a typical, little child. He’s very self-willed and he has his own way, such as when there we’re buy an new ornament for Caroline, they both saw an ornament and Jack said to Rebecca: “And I found this one! We took this one!”
Jack changed, because he’s aware that he sometimes was very annoying.

Conclusion:
I think it’s a really nice book to read, because it’s realistic. For example that it can happen to me that I get to hear that I’ve got an unknown member of the family.
I think Rebecca is a very nice girl, because she wants to solve the dissatisfaction. She had perseverance and pluck. I think that’s really good.
I think it’s good from Caroline that she wanted to redress the contact with her sister. I can understand that she found it’s difficult to see her after a long time. I think it’s really nice that she made that decision.