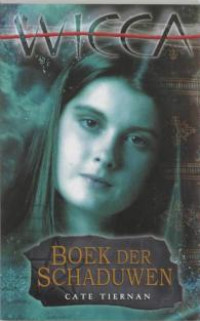 Summary
1.Morgan Rowlands is a quiet girl. She has a best friend Bree, who is a very popular girl, and she’s everything what Morgan is not; good-looking, having a boyfriend, and popular. Then one day there comes a new boy on their school: Cal Blaire. He looks like a god and Morgan is immediately in love, but she knows she will never be able to have him. Cal talks and sit next to everyone, and tries to get to know the area. One day he give a party, and Morgan is also invited. Together with Bree she goes to the party, soon they discover that it’s not a normal party. He wants to do a Wicca circle. Many leave, but Morgan stays. In the circle she (and Cal) discovers that she’s different from the rest. The day after she feels different and sees the world from another perspective. Bree does not want to believe her. Cal and Morgan are getting closer. When she goes to the next circle, she gets the same feelings again. Cal knows she’s special but does not say it directly. Bree has also become very interested in Wicca and together they go to a shop wich sells lots of Wicca stuff. They buy a few books. After the next circle in Cal’s house, Bree gets jealous. When Morgan’s parents find out that she’s reading about Wicca, they get really mad, the books must leave the house. Because of that Morgan is not going to the next circle. She really misses the circle. And the circle after that she wants to go but at the last moment someone calls and she can’t leave. The way Cal looks at Bree, hates Bree. She tells Morgan that Cal must be her boyfriend. They get into an argument. The next circle when Morgan and Bree are in Bree’s car, they get an argument again and Bree throws Morgan out of the car. Now Morgan is very mad. That night, because she missed so many circles, she performs a spell. The spell was meant for a boy, Robbie, and must make this skin beautiful again, it works. But at school Cal is not so happy that she did that, because it’s very risky. The next circle is a circle to from his new coven, and Morgan goes to that circle alone. It is a big happening. Morgan she’s the universe and all what this world is about. Now she and Cal know that she’s a blood witch, but how that can be she does not know.

Characters
2. I liked Cal the best in this story, because he is mysterious and interesting.


I disliked Bree the most in this story, that is because she thinks she can have anybody and because she’s acting so mean at the end.

Problems
3. Morgan has a problem that they like witchcraft much, but her parents are against it. She solves that to read the books at Bree’s place and act as normal as possible.

Cal has the problem that he knows that Morgan is special (maybe a blood witch), but she almost never comes to circles and he can’t get close to her. He tries to solve that to encourage her and help her.

Title
4. The title of the book is “book of shadows”. It’s a book where witches write spells or potions they made up. I don’t think that’s a good title of this book because in the book there is not much told about this “book of shadows” of Morgan. She hardly speaks about it. A better title would be “The Beginning” or “ The Voice of Nature”. “The Beginning” I think fits this book because it’s the beginning of a new experience of Morgan, and the beginning of being a witch. “The Voice of Nature” fits this book because she learns a lot of the nature and what she can do with it.

Opinion
5. This book is a very nice book. It’s also very interesting and exciting. I learned a lot about witchcraft. The book is not difficult to read and the chapters are not long. The only thing that I don’t like much, is that this is Part 1 of the Wicca series, so I have to read them all. I think this book gives a good introduction of the beginning of Morgan being a witch.