Before she met me door Julian Barnes 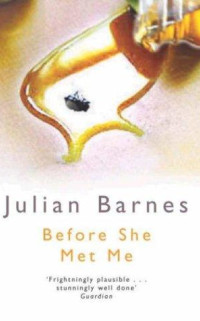 Title Before she met me

Three suits and a violin Jack Lupton introduces Graham to Ann, a girl on his party in Repton Gardens (April 1977).They like each other and they start an affair. Unfortunately, Graham is married to his wife Barbara. They have one child, Alice. Graham decides to divorce. First Barbara thinks he wants to divorce, because he has an affair with one of his students from University. When Graham tells her that it is not a student, she screams and becomes very angry. She shouts to him that she want to have the car and the front door keys. Graham does not want anything, she can have everything. He only packs his suitcase and leaves. Now Graham understood the author Aldous Huxley, whose biography was about his house who burned down. His whole library, his notebooks, manuscripts etc burned down. All he chose to save were three suits and a violin.

In flagrant (schandelijk) Alice wanted to go to the cinema. Graham hates the cinema, in spite of that he goes to ‘Over the Moon‘ with his daughter. He thinks Alice wants to go to that movie because everyone from her school had seen it. Suddenly Graham recognized his second wife, Ann, in the movie! After seen the movie, they go to Alice’s favorite teashop in Highgate. (They had tried every Sunday a teashop in North London.) Alice told Graham her mother said he specially wanted to see this film: to see Ann in one of her most convincing screen roles! Graham tells Alice her mother had made a joke. He tells her to tell her mother that they did not go to that movie, because it was packed! That would be a joke too for her mother. Actually, he wants show Barbara he does not like what she did.

The cross-eyed bear (schele beer) Graham visits Jack. He tells him he went back to see the film three times.He felt very aggressive and upset. He was frightened about the fellow who played in the movie with Ann. He thinks it is all about chaps before she met her. He watched some other films Ann was in. Graham did not tell everything to Ann, but she is sorry he is jealous. He does not feel guilty.Graham asks Jack if anything of this is familiar to him. He says: Not really. I am not bad on current jealousies. I am terrific on adultery - my type, not yours.Jack gives some advice to Graham:- He could get Ann to lie to him. Get her to tell you she had not when she had.- Have some row (ruzie), it cures everything.- Go off and commit adulteryJack tells Graham every marriage has a cross-eyed bear. There will always be something and the best way to survive is identify it, isolate it, and always make a particular response to it occurs.

Sansepolcro, poggibonsi (plaatsen in Italie) They search on a map for a place to go on holiday. Graham searches a place where Ann, never had been. Because he does not want to go to a place were Ann has had a boyfriend.Graham finds himself more and more on the lookout for evidence. He began to play a game with himself. He had to find the books on Ann’s shelves witch had been given her by other people. It made him said. Graham found a Penthouse and masturbated. He had not masturbated since twenty-two years.

Sawn-offs and four-eyes Ann visits Jack. She decided they never had an affair.Graham visits Jack. He tells him he wanked and asks if he should feel guilty. Jack said he should not. Jack told him a story about the brain. The brain: one part of cells are right (Four-eyes) and socially acceptable. The other half tries to improve them (Sawn-offes). They have the wrong genes. They are just there to fuck us up or not fuck us up. But they are the ones who control our emotions, make us kill people, fuck other people’s wives. Most people have their Sawn-offes well under their thumb.

Mister Carwash The sneering dreams began. Dreams about the persons who played in the movies together with his wife.Larry Pitter, with whom Ann committed adultery in The Rumpus, compared the carwash dream. Larry called Ann (in de film) the carwash girl, because she liked being licked and fucked by more people at the same time. When she meets Mister Right, they used to call him Mister Carwash.

Out the Dunghill (mesthoop) They are on vacancy in France. Graham read Ann some pages from his book Midi Libre. It was about a priest who fucked little boys. When Graham saw how shocked (usually he was shocked by these stories) Ann was, he told her about people who were doing it on a dunghill. She was very socked about the story.

The feminian sandstones One. Graham thought: Why was there jealousy? Why did it start up? He’d had a big bottom for years, and that showed no signs of easing up.Two. Graham thought: Given that for reason there had to be jealousy, why should it operate retrospectively? Why was it the only major emotion that seemed to? Why should the past make you crazy with emotions? Perhaps he was suffering from a retrospective (terugwerkend) sense of injustice (onrecht).Three. Graham thought: Why did retrospective jealousy exist now, in the last quarter of the twentieth century? How did you take out jealousy?Four. Graham thought: Why should it happen to him, him of all people? He was a very sensible person and liked being it. You could blame society and then go off and be unfaithful until you felt better about it, but what if it wasn’t something in the nature of marriage (like Jack said cross-eyed bear) but something in the nature of love? Graham thought Jack just wanted to be helpful with his advises, but actually, he was a bit fed up with Graham’s constant visits. He’d made lots of perfectly good suggestions – that Graham should lie, that he should wank, that he should have a foreign holiday- and he found that his therapist’s bag was more or less empty.Jack wondered what ‘Feminian’ means: On the first Feminian sandstones we were promised the fuller life (which started by loving our neighbor and ended by loving his wife)

Sometimes a Cigar... Ann suggested they gave a party, for one thing it might make the place less like a police station and it would break the depressing routine of their evenings.If Graham had been drinking again he always repeats names and recounting his horrible dreams (adultery, multination and revenge). After he cried in four streams, Graham would tell her that all his incomprehensible anger was directed, not at her, but at himself; that her had nothing to reproach her for, and that he loved her. Ann believed him. Jack suggested to Ann that a shrink might help, but she did not think like that.Ann invited people for the party, but no old-boyfriends. Jack would have to come, but that was all right, history was rewritten. Jack smokes a cigar.Graham was drunk and became angry with Ann, because she kissed Jack. But that was just because of the party.

The Stanley Spencer Syndrome Graham found out Jack had an affair with his wife. By reading his books. All the persons in the book were about Ann and him (but other names). He ripped the pages out of the books.When Ann and Jack were away he called Sue. They go out and had lunch. She calls the way Jack goes on: Stanley Spencer Syndrome. When Stanley got married for the second time (like Jack with Sue), he sent his new wife ahead on the honeymoon, like an advance crate of luggage, went home, and fucked his first wife. Then he explained everything to his wife and that he now wanted to keep two wives. Sue discovered the affair between Jack and Ann six months ago. She was shocked and she felt betrayed. She was quite bitter about Jack for a while, but I suppose in a way it’s helped me understand Ann’s needs a bit more.She did not told Graham immediately because she works from the cancer rule. If they do not ask, you do not tell them ; and if they do ask but really want to be told no then you still say no. Then she kissed him on the lips and said: that’s the advantage of the adulterers’ table. They kissed goodbye and already looking forward to the next meet.

The horse and the crocodile Graham drove to Repton Gardens. The offal came out on top. He aimed about halfway up the back on the right-hand side. The knife struck something hard, then slipped downwards a little, then went in suddenly to about half its length. As the bearded face came slowly round, Graham finally lost control. He stabbed repeatedly at Jack’s lower body, between his heart and the genitals. He placed the knife on Jack’s chest.At seven o’clock Ann arrived home, but Graham was not home. After a while she called the University and eventually she called Barbara. She reacted cool and gave her the advice to look if his suitcases were there. If it wasn’t he was gone otherwise he was somewhere else. But his suitcases were home. She eventually went to Graham’s working room, she had not been there since years. She looked around and found tapes and a diary with pictures from movies in which she had played. She did not even know Graham collected these things from her. Then she saw the ripped pages out Jack’s book. She thinks: If he thinks these books are about me, he is mad! But she knew he was not mad.She drove to Repton Gardens. When she arrived in the kitchen, she saw the body of Jack. Graham said it was all right. It calmed here. And then he pulled her hands behind her back, she didn’t object. He went away for a moment, when he came back he tied her wrists together. He walked to the body and picked up the knife. He said: Sometimes a cigar is only a cigar, but sometimes it isn’t. Well you don’t ever really choose, do you, he reflected. Then he said down in a chair and cut deeply into both sides of his throat.The calculation had been that she would have to run to the phone dial 999 with her hands behind her back and then waited for someone to arrive. But she run to the window and screamed out the window as hard as she could. But help was too late, Graham was already dead. 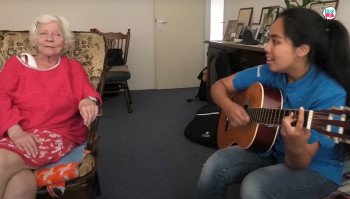 Persons Graham: History teacher on University. Very sensible, jealousy man. First wife Barbara, child Alice. Second wife Ann. Barbara: After her marriage with Graham, she doesn’t want anything from Graham. Alice: Child of Graham and Barbara. Loves both people. Jack: Author. Married with Sue. Has a very lightly about relations, wants to have two wives. Sue: Married with Jack. Has an affair with Graham after Graham discovered his wife committed adultery.

Andere verslagen van "Before she met me door Julian Barnes"