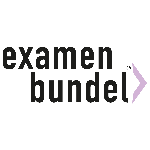 The book I am going to tell something about is Alice in Wonderland by Lewis Carroll. This edition of the book was first published in Everyman’s Library in 1929 and last reprinted in 1987.

Some things about the author.

Lewis Carroll is the pseudonym of Charles Lutwidge Dodgson. He was born on 27 January 1832 at Daresbury, near Warrington. In 1944 he went to school in Richmond, near Yorkshire. He entered rugby in 1846. He matriculated at the Christian Church in Oxford at 23 May 1850 and entered into residence at 24 January 1951. He wrote for the Comic Times. He won the Boulter Scholarship in his first year. He graduated B.A. in 1854. He became a mathematical lecturer from 1855 to 1881, He wrote verses in Edmund Yates’s paper the train in 1856, He resided at Oxford, where he remained nearly all his life. He became an ordained deacon in 1861 but never proceeded to priest’s orders. His most famous work, Alice in Wonderland, was originally made up to amuse Alice Liddell, the daughter of Dean of Christ Church, and later published in 1865. The original title was Alice’s Adventures in Wonderland. He rewrote the book and changed the title in Alice’s Adventures underground and later thought of the title Alice in Wonderland. Its sequel. Through the Looking- Glass and What Alice found there appeared in 1871. He died on 14 January 1898 and was buried at Guildford in Surrey. Some other works wrote by Carroll are: The Dynamics of a Particle, 1865, The Diaries of Lewis Carroll, 1953 and An Annotated International Biography in 1981.

The title speaks for itself. Alice is the main character in the book and when she falls asleep, as turns out at the end of the book, she dreams she in a wonderful land where extraordinary things happen; a Wonderland. So this explains the title Alice in Wonderland.

There are two motto’s in the book:

I will go with thee, and be thy guide. In thy most need to go by thy side.

All in the golden afternoon

For both our oars, with little skill

By little arms are plied

Our wanderings to guide.

Ah, cruel Three! In such an hour

Beneath such dreamy weather

To beg a tale of breath too weak

To stir the tiniest feather!

Yet what can one poor voice avail

Against three tongues together?

Her edict “to begin it”

“There will be no nonsense in it”

While Tertia interrupts the tale

Not more than once a minute.

In fancy they pursue

The dream- child moving through a land

Of wonders wild and new

In friendly chat with bird of beast

And half believe it true.

And ever, as the story drained

The wells of fancy dry

And faintly strove that weary one

To put the subject by

Thus grew the tale of Wonderland:

Thus slowly, one by one

Its quaint events were hammered out

And now the tale is done,

And home we steer, a merry crew,

Beneath the setting sun.

And with a gentle hand

Lay it where Childhood’s dreams are twined

Pluck’d in a far- off land.

The first motto means that Alice wants support from someone in that far- off Wonderland. The second motto is the thought of the book.

The story begins when Alice is sitting with her sister on a bank and she has nothing to do. Suddenly she sees a white rabbit with pink eyes running by, saying ‘Oh dear! Oh dear! I shall be too late” and he took a watch out his waistcoat- pocket. Alice was so curious about that, that she followed the rabbit down a rabbit- hole. There she falls into a very deep well, where she cannot she the end. During her fall she sees al kinds of books and jars on shelves at the wall of the well. Because she was falling so slow, she could look at the books and everything. Because the fall went on so long, Alice fell asleep. She woke up when she feel in a heap of dry leaves at the end of the well. There she saw the white rabbit again and followed him. She came out in a room filled with doors. There she saw a little table with a golden key on it and a bottle of orange marmalade, saying ‘drink me’. So she drunk the bottle and she grew smaller. She was just the right size to get into a tiny little door, but then she remembered she forgot the golden key on the table. Under the table she found a box with cookies, labeled ‘eat me’. So she eat them and grew larger again. But then she was too tall to get into that little door, so she sat down and cried. But she cried so much her tears were all over the place. She started shrinking again, and in the middle of the water (pool of tears) she met a mouse and after him a lot of other animals, including a dodo. Because they were all wet, they did a caucus- race to get dry, with the dodo commanding them. There Alice saw the white rabbit again calling ‘The Duchess! The Duchess! Oh my dear paws! Oh my fur and whiskers! She’ll get me executed, as sure as ferrets are ferrets! Where can I have dropped them, I wonder?’ Then he saw Alice and ordered her to go to his house and get a pare of globes and a tan. So Alice went to this house and got them, when she saw another bottle marked’ drink me’. So she drunk it and became so large she didn’t fit in the house anymore. Then she found a box with cookies and ate them and became smaller again. She ran out of the house and ran into the woods. There she met an indignant caterpillar, smoking a hookah. He encouraged her to eat something from the mushroom he was sitting on. She did and from one side her neck grew very large and from the other side of the mushroom she became very little. When she was about here normal size again, she saw a little house and went in. She came in the kitchen in the house from the Duchess, who was carrying a baby, who wouldn’t stop crying and sobbing, because of all the pepper that was used. There she saw the Cheshire cat and was frightened and ran out of the house, There she came to the tea- party from the Hatter and the March Hare. After being invited and having drunk tea at their mad party, she went away and met the King an Queen of Harts and was invited to a game of cricket. Because she did not dare to disagree, she went on and play. But it was very hard to play because the stick she was to use, was a flamingo and the balls were hedgehogs so they did not cooperate. And besides all that the Queen was constantly shouting ‘Of with his or her head”. Fortunately Alice’s head was spared and the Queen brought her to a Mock Turtle and he told her his history. The suddenly she heard shouting and went to see what was the trouble. There she found out the Knave of Hearts was being accused of steeling the tarts. Then before Alice was executed, because she wouldn’t stand up as a witness, Alice woke up and it turned out to be all a dream.

The genre of the book is fantasy.

The theme of the book is humor and the unknowing.

The idea of the writer is that you should be a child as long as you can, because it is not always fun to be a grown- up.

The motives are humor and all the strange things that happen that cannot be explained.

The book contains 103 pages and has 12 chapters, in Roman numbers and all with a title;

1. Down the Rabbit- hole

4. The rabbit sends a Little Bill

5. Advice from a Caterpillar

When you read 30 pages an hour you can read the book in a good three hours.

The told time is just as long as the telling time. De main- character doesn’t know how the story ends; just likes the reader. You can call this a vision avec.

The main characters of the book are Alice, who takes all the decisions by herself which gives her a grown- up look, and the Queen of Hearts, who always makes the same decision: “off with his or her head”.

The told time and the telling time are similar. The period is around 1925, but it could happen anytime, because it is a childhood- dream and any child nowadays could have this dream.

The story is told on a chronological base.

Where I got my information from:

The book ‘Alice in Wonderland’